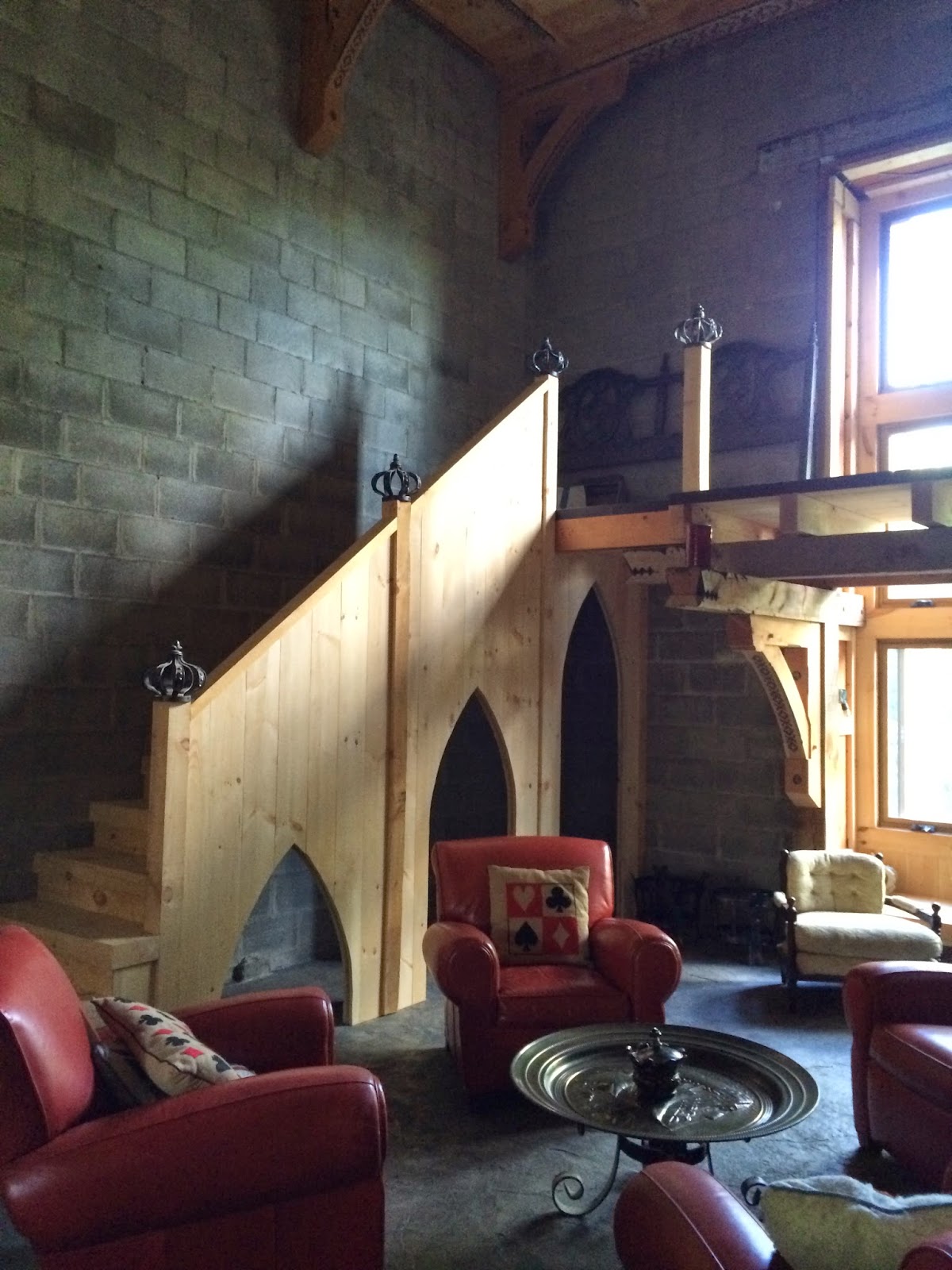 I know this stair one kinda looks like last post, but now it is completely done and has the crowns on it. Also, the landing to the King and Queens bedroom is done. There are two doors nicely hidden along that wall. 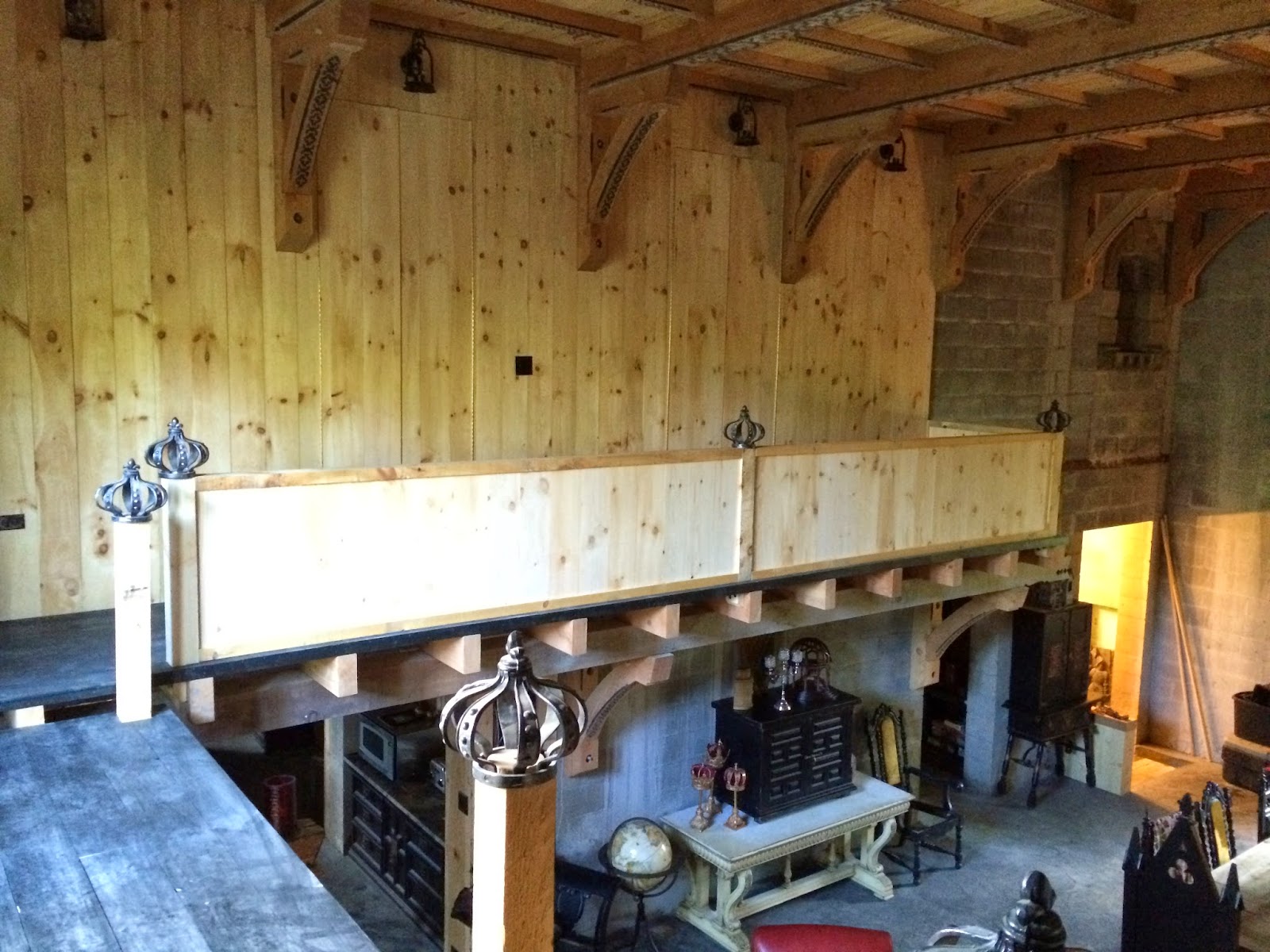 A view from end of landing, near Queen's room's shower looking back at stairs and window landing. So cool. 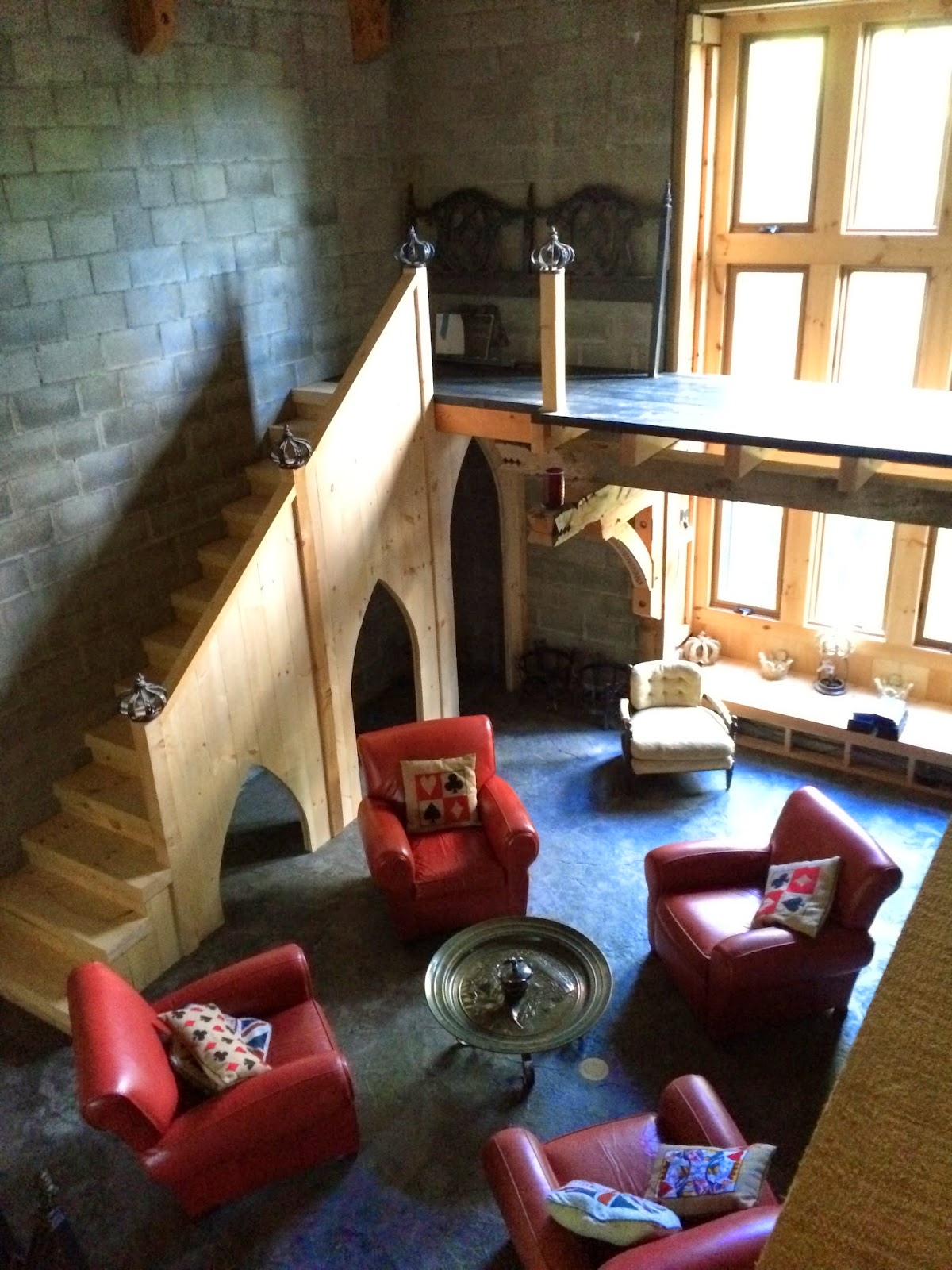 and a view of the dining table from the window landing. 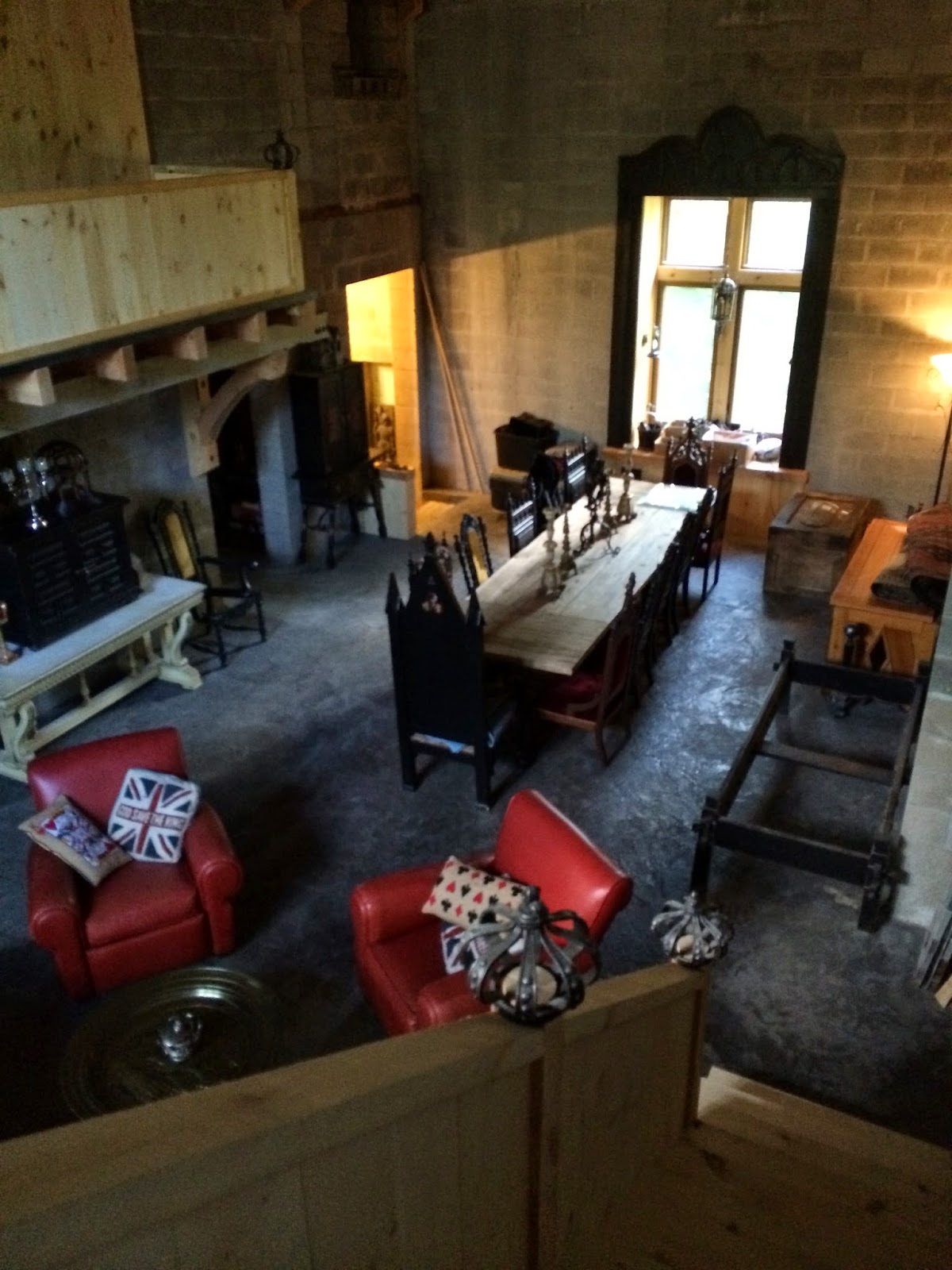 The Ole Grandpa, as he calls himself, otherwise known as Andy's Dad, Bill, came up for his yearly visit and we convinced him to stay. Here he is reading his kindle by the window. It must have been comfy cause I saw his eyes shut for awhile. 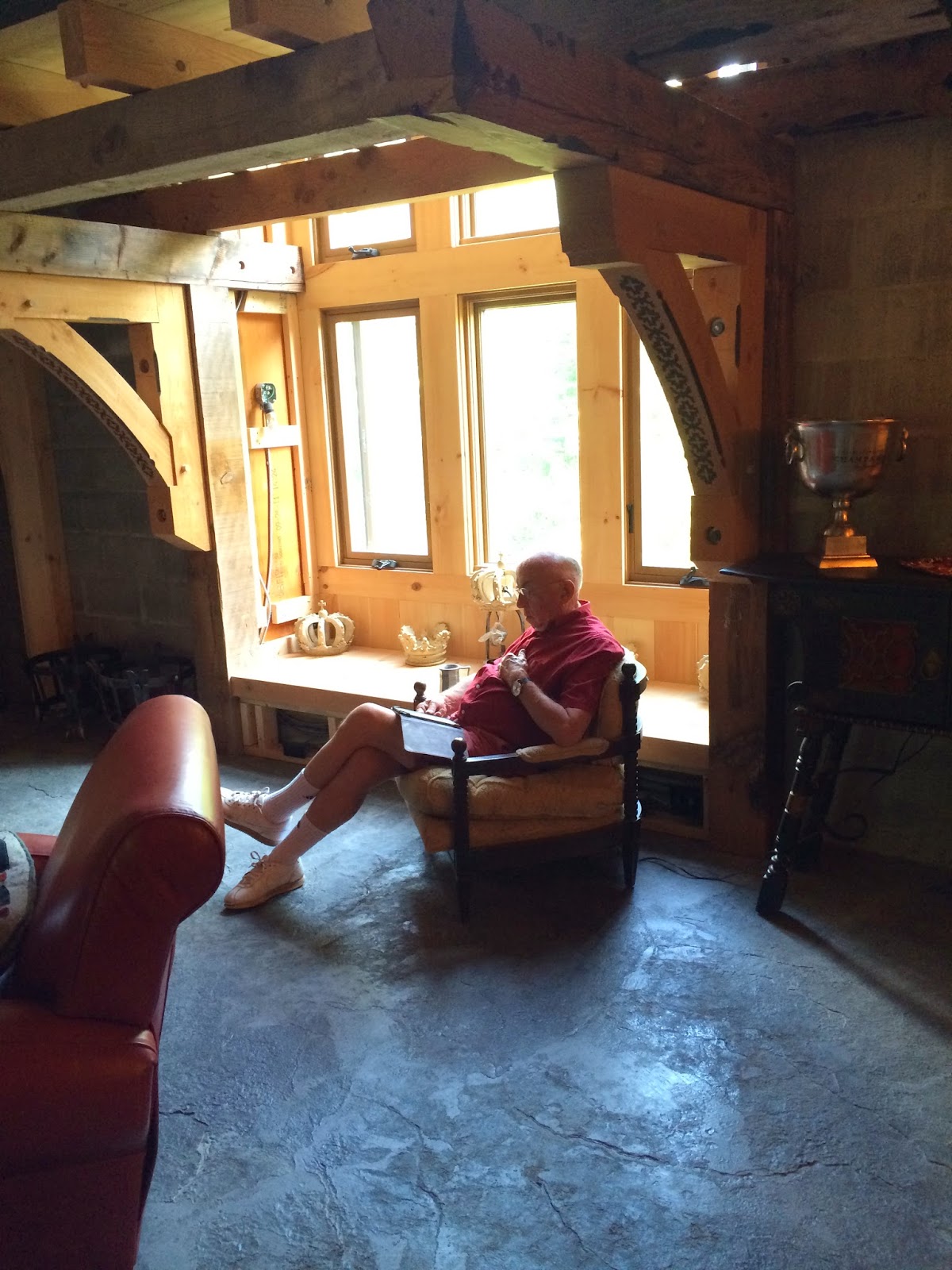 Rex finished up a week at Sabattis Boy Scout Camp and came for the weekend. Here he is putting together a do it yourself catapult model. 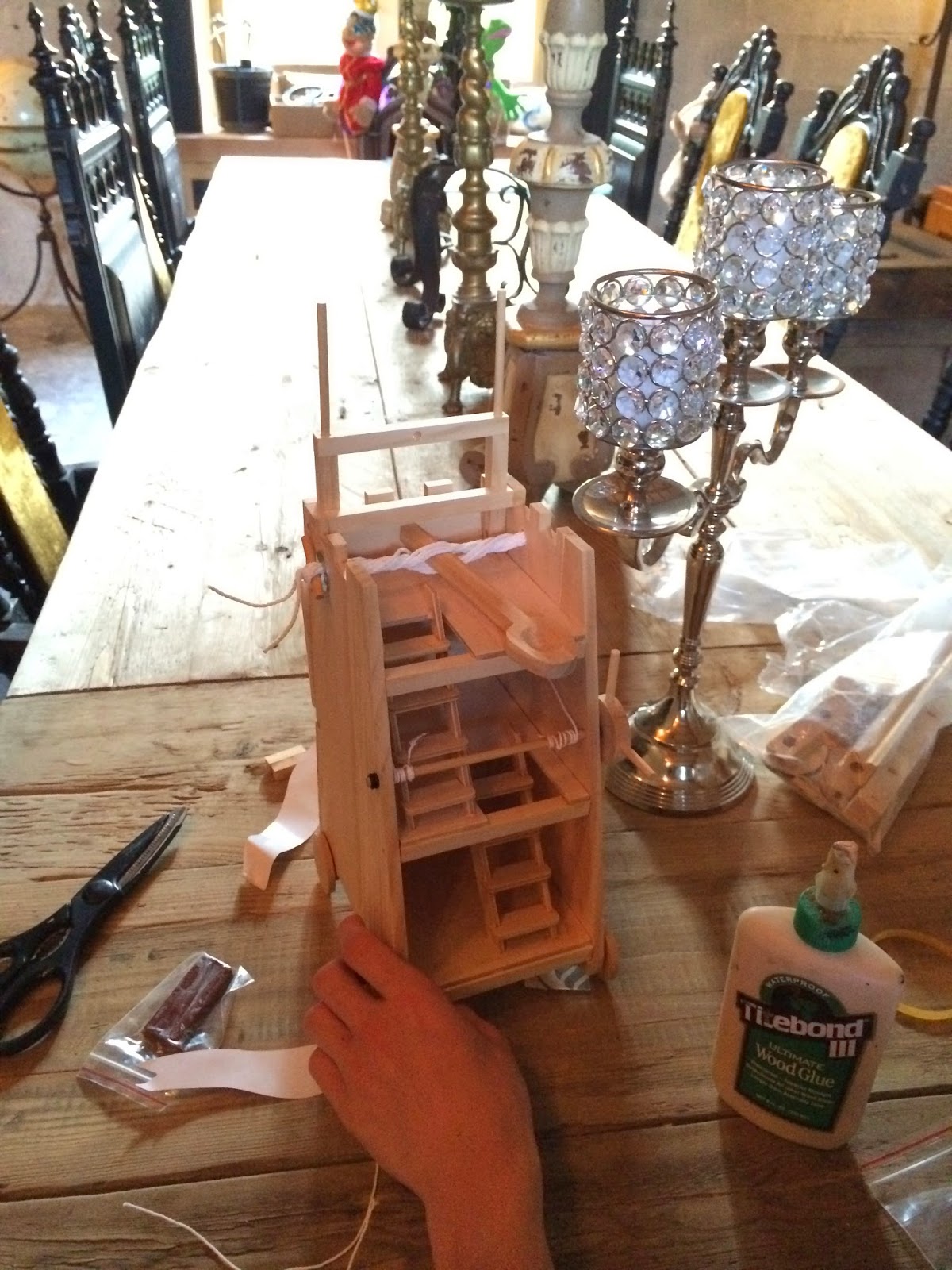 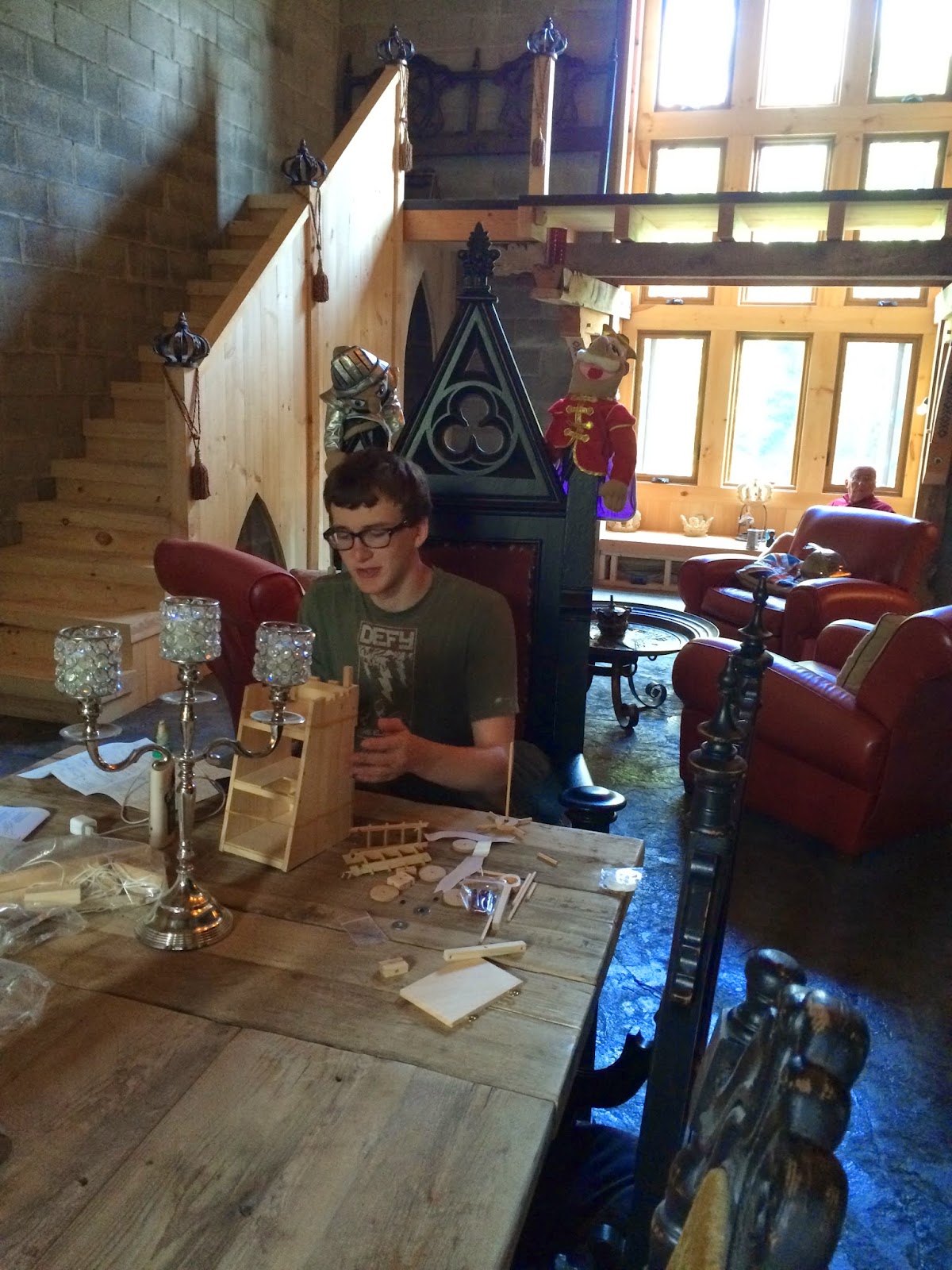 Samantha, Ruby's bestie from NYC, came up for a visit, she hadn't been there since we were working on the roof in 2011. She loved it, but doesn't do pictures. 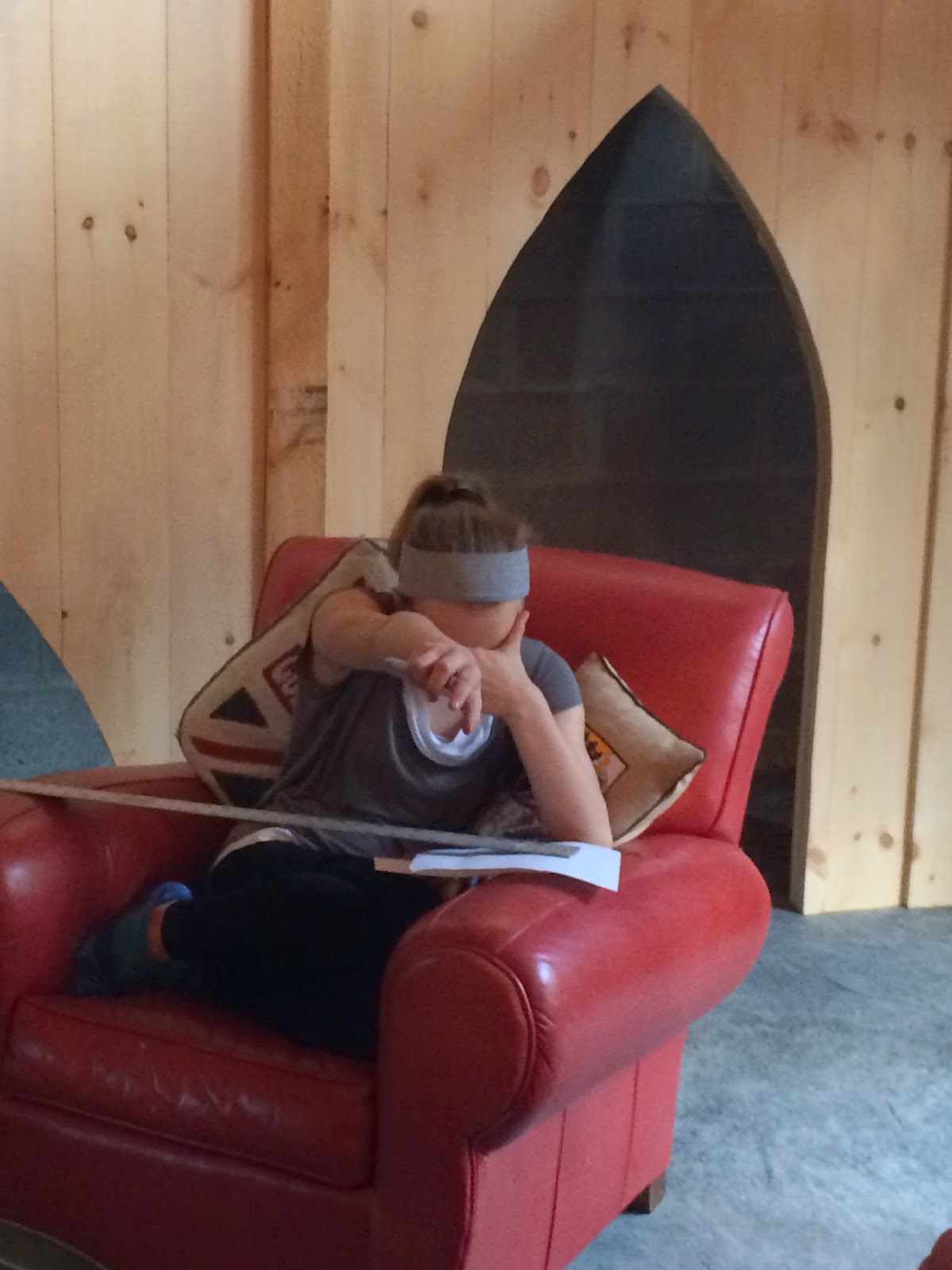 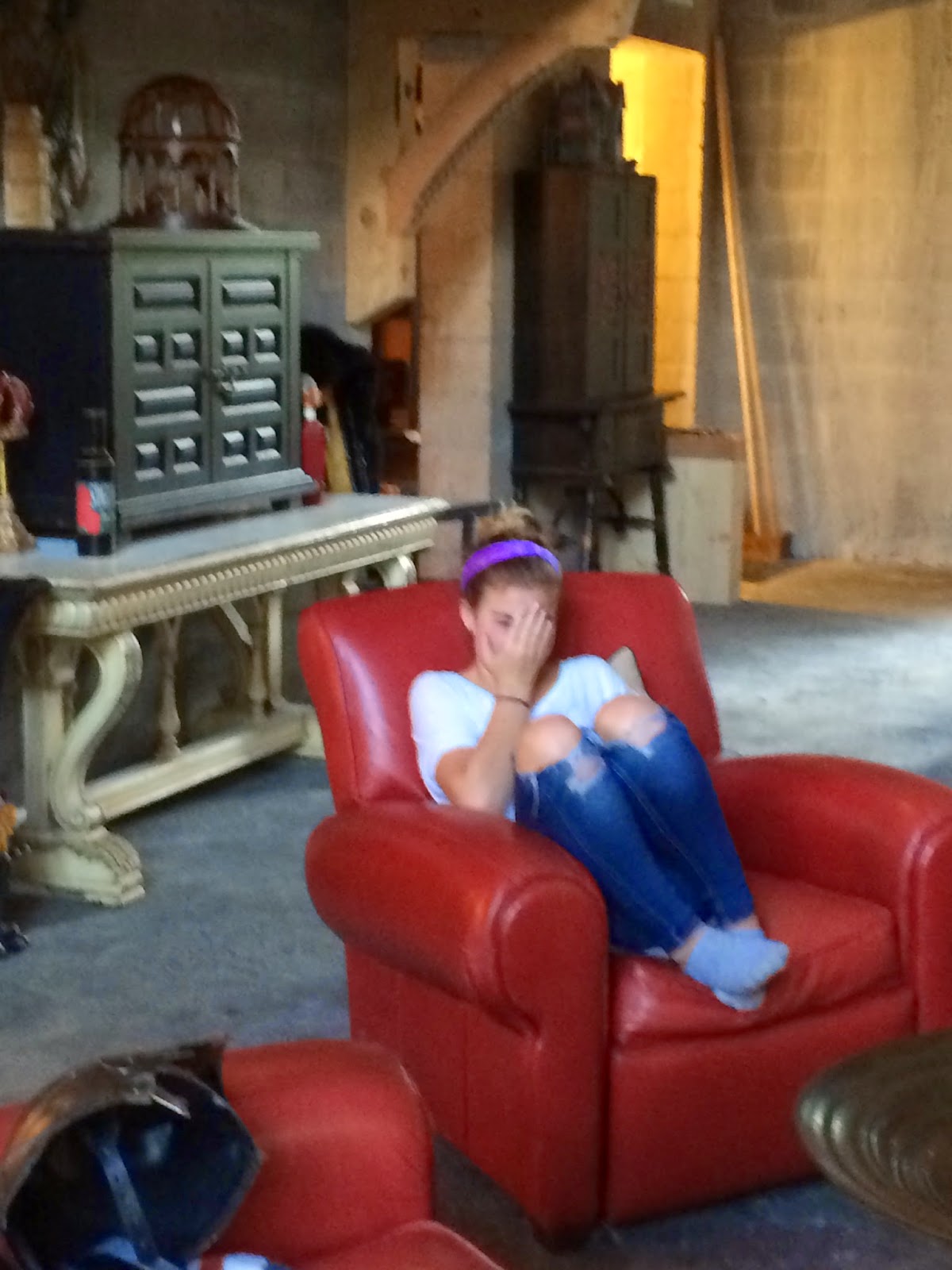 and Ruby doesn't either! Teenagers
The Glowacki Ying & Yang Window went in. It is between the second and third floors in spiral staircase, it really lightens up the stairs. Three windows in Fungeon are in and also brighten that space up 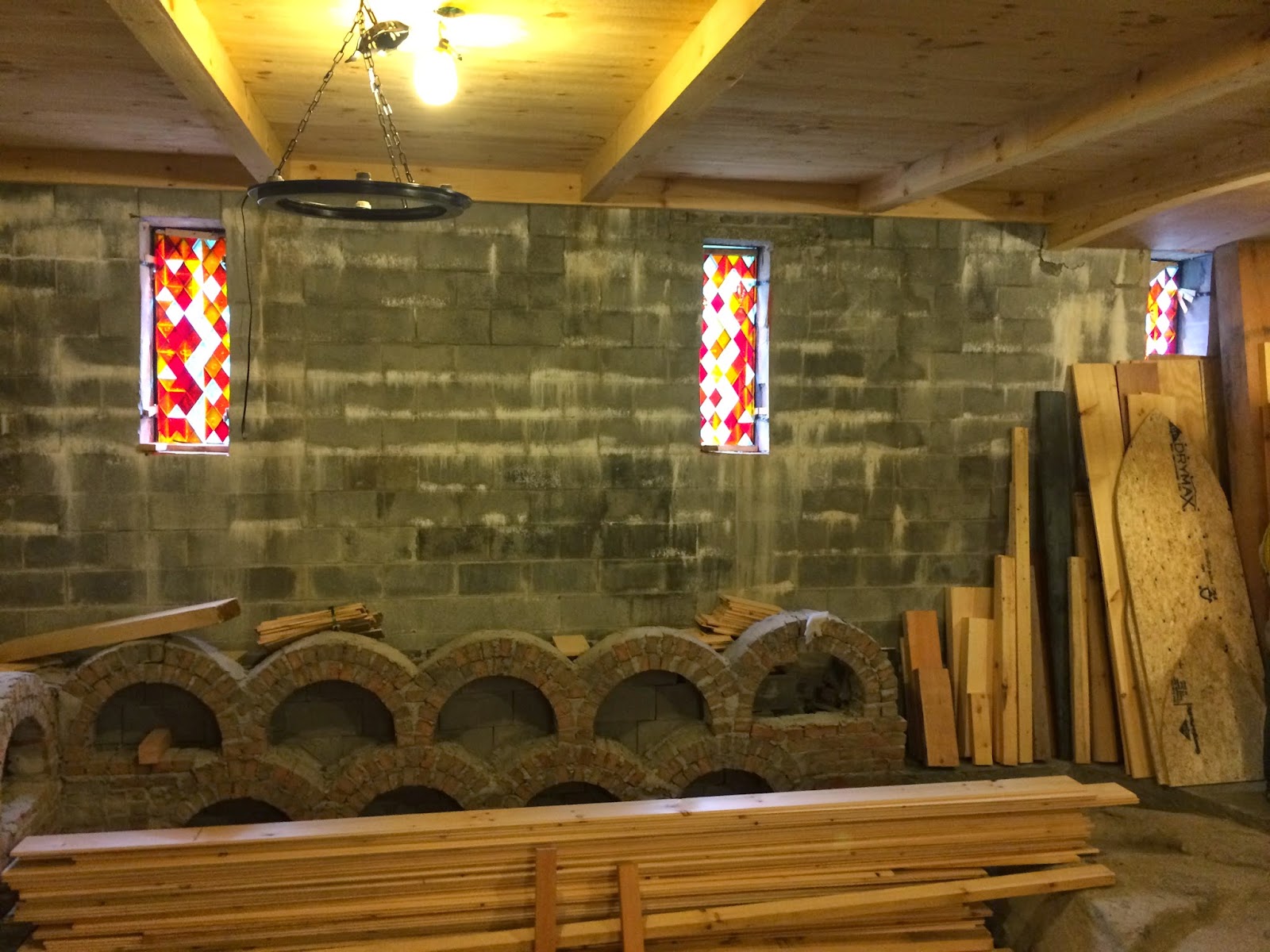 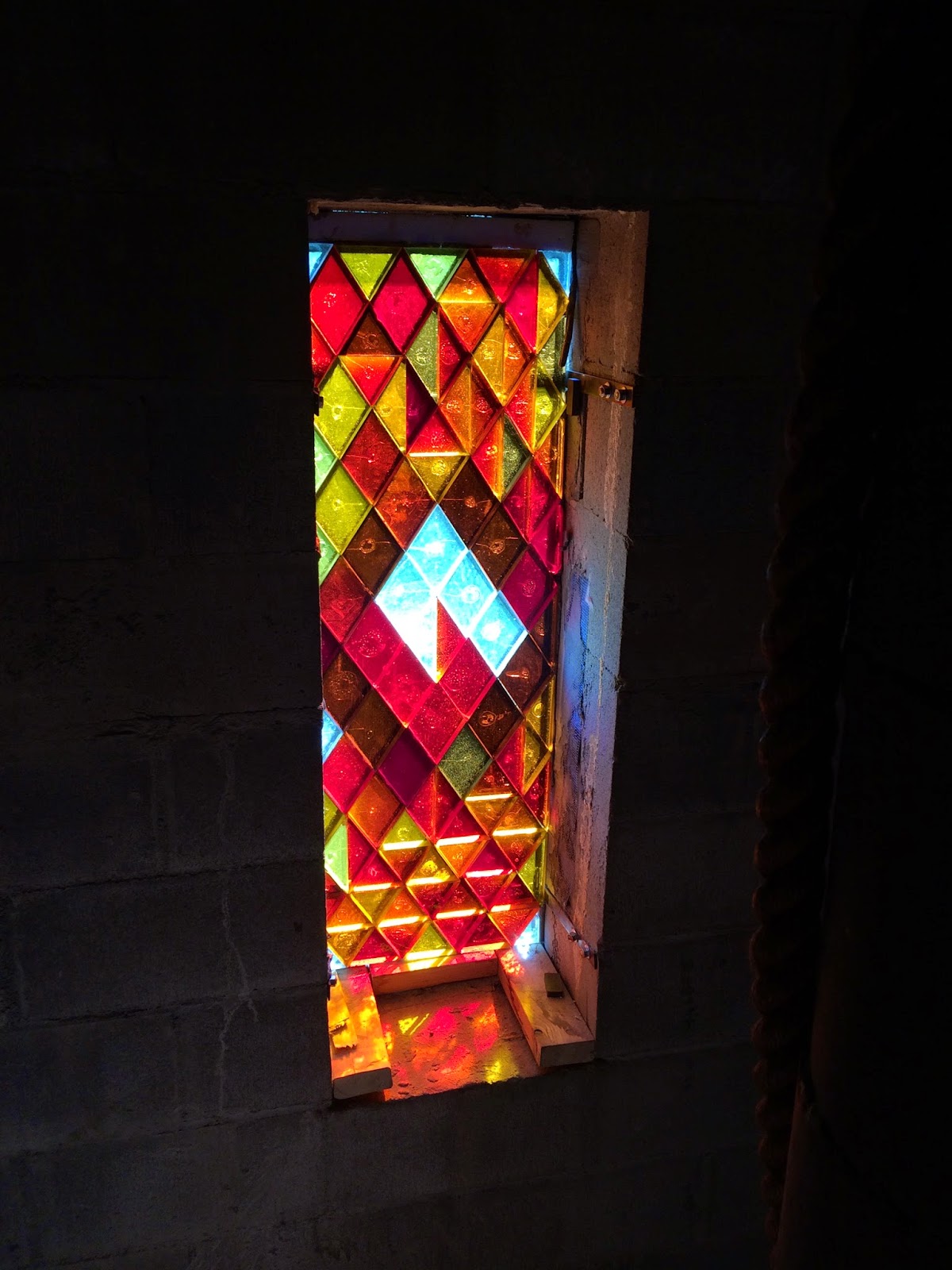 Maria, master seamstress came to finish the bed curtains. She sat herself up in her room, overlooking the tress and sewed and sewed. 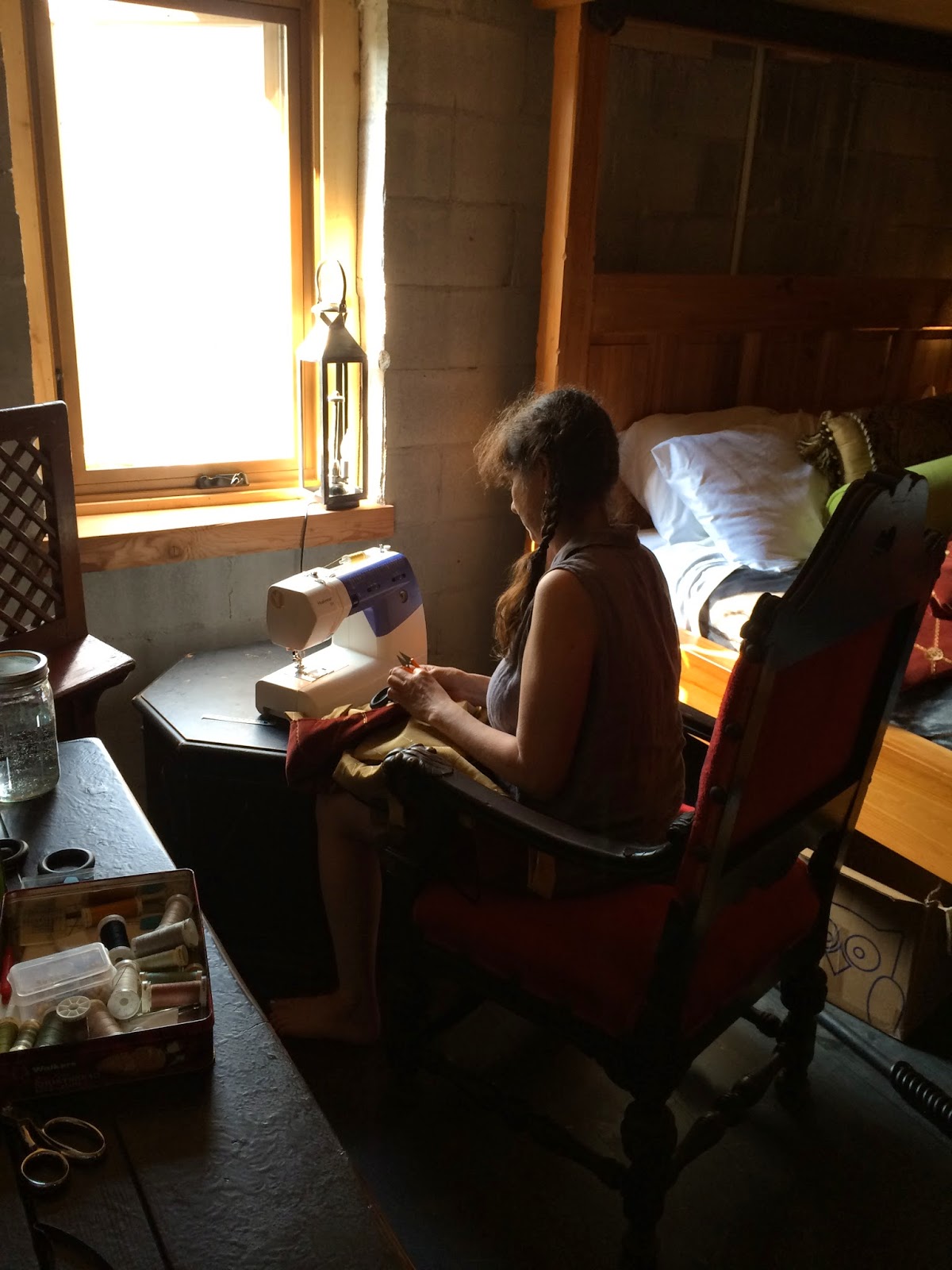 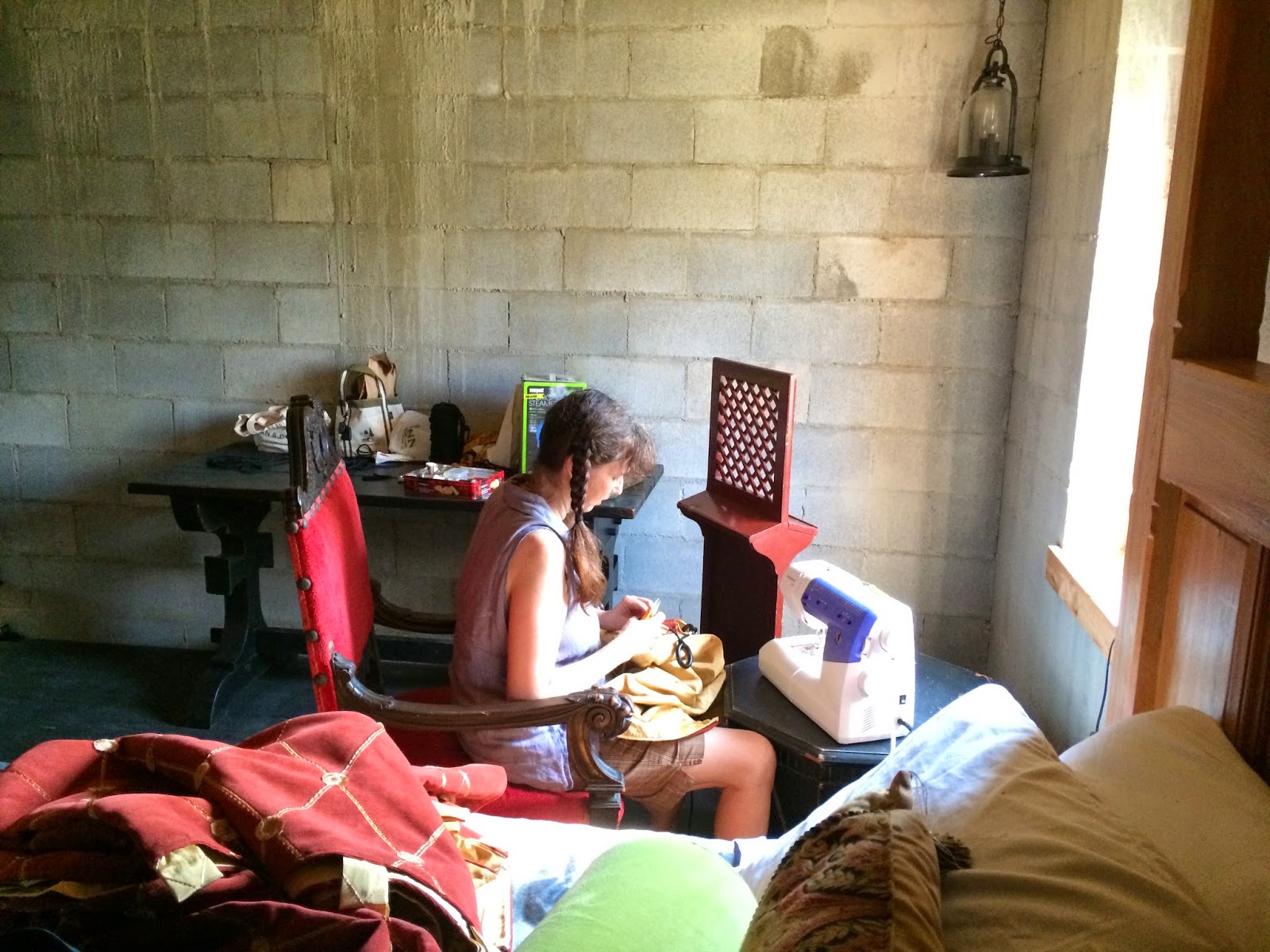 I wanted a different angle of Maria with light shining on her, cause she looked so angel like sitting there. She is our Angel 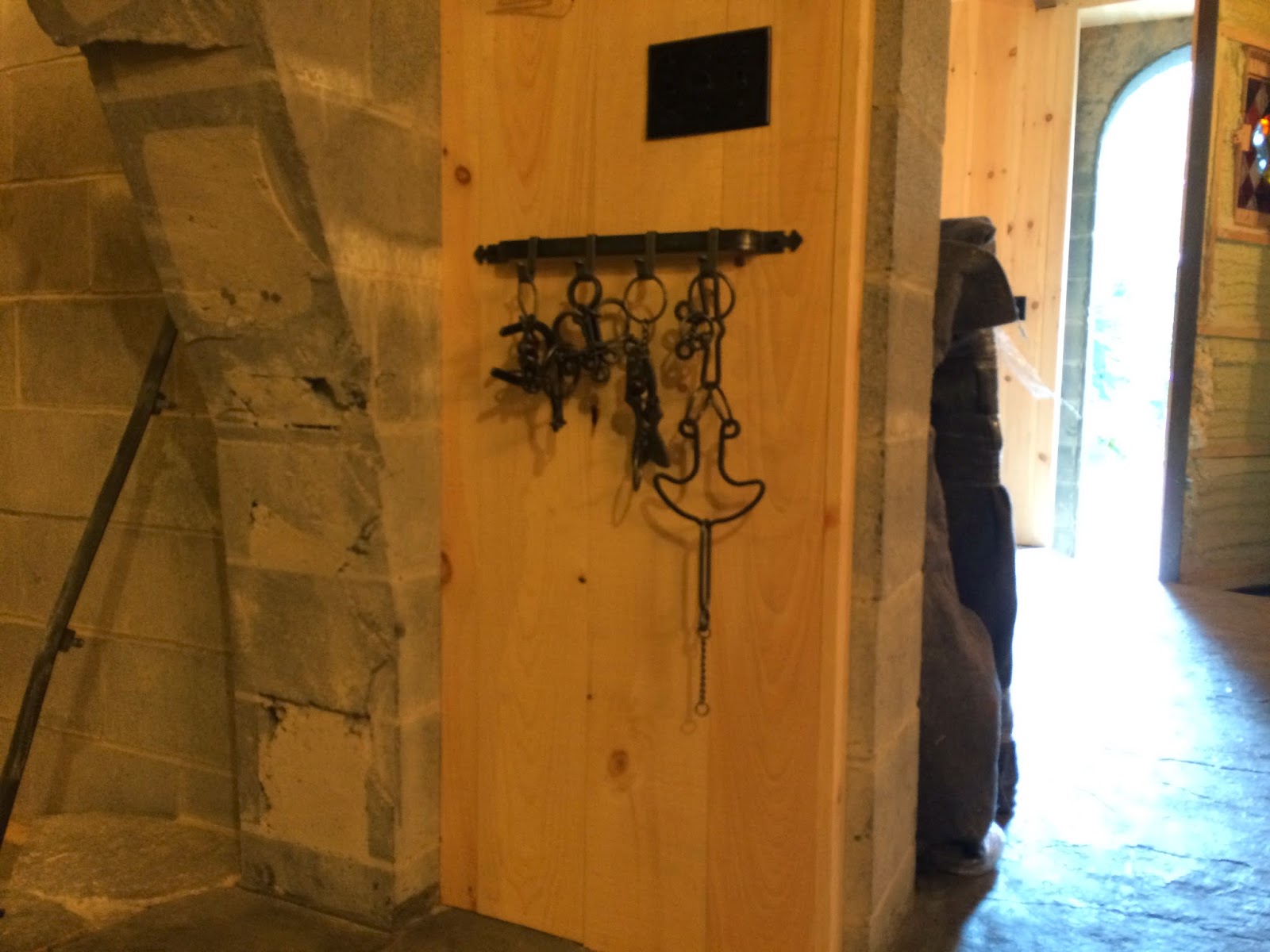 Andy put up these iron puzzles he likes to do and the picture to left is to strap up bad kids! 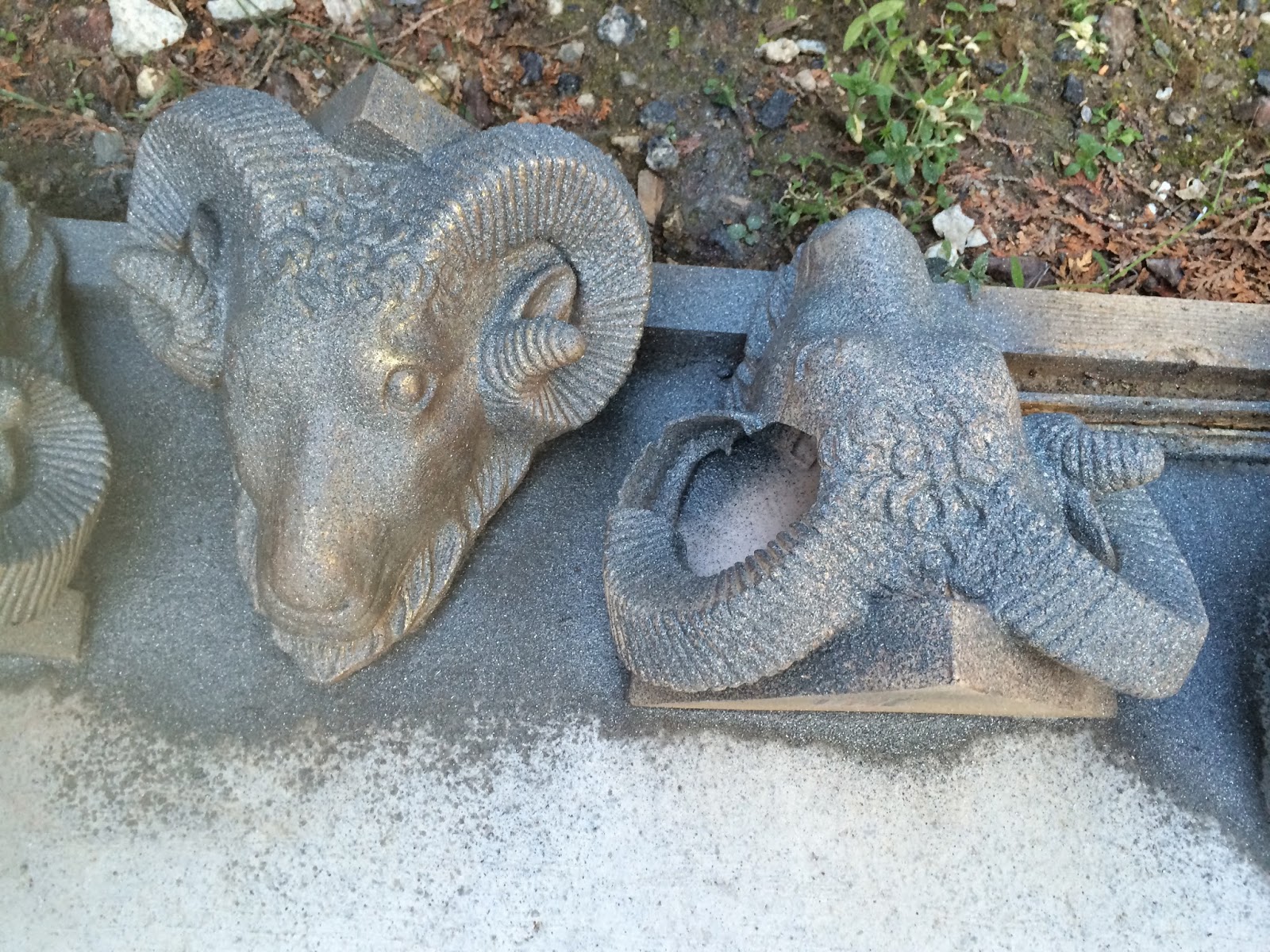 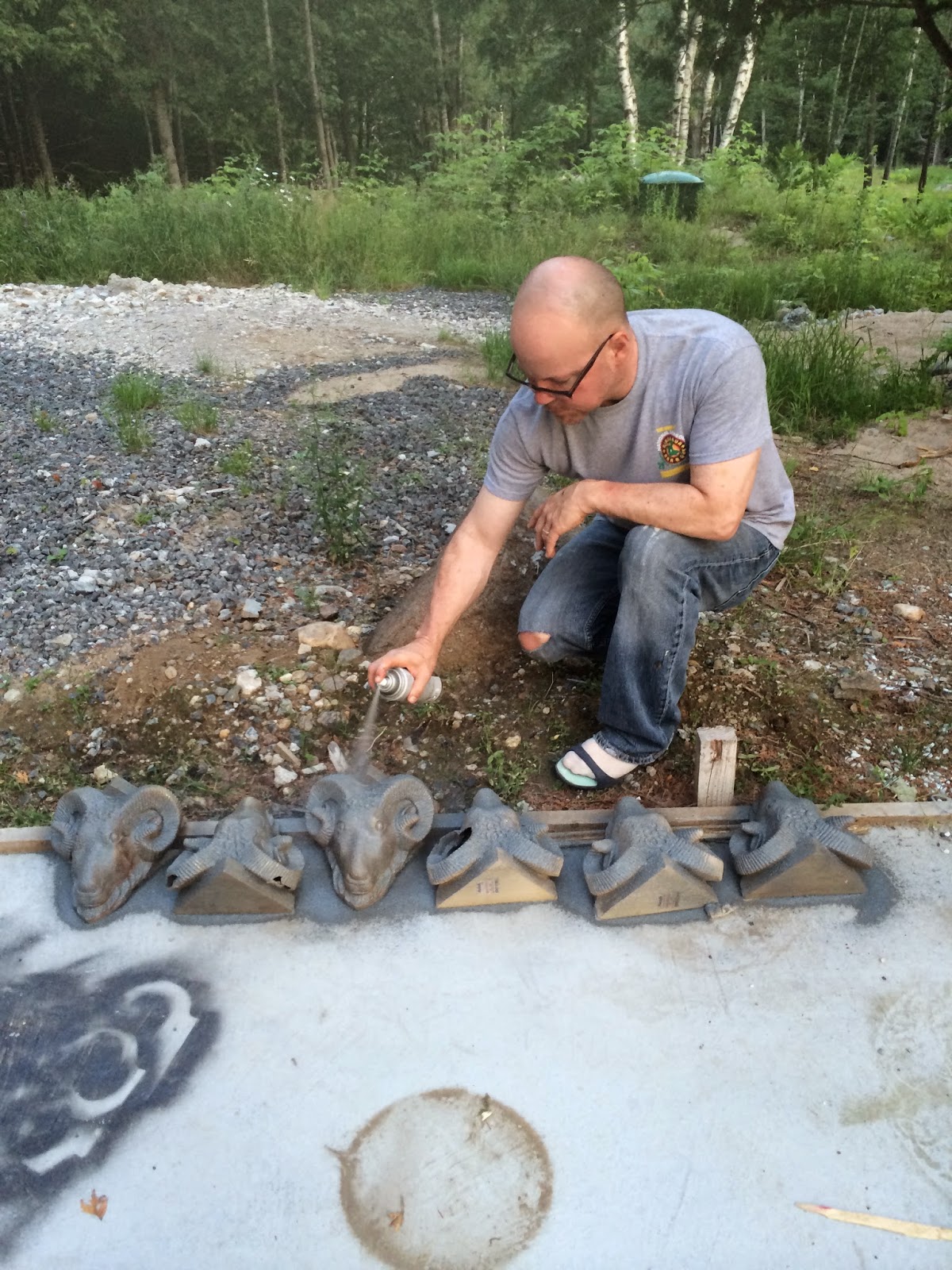 We've been collecting Ram Head's (Ramsgard) at Marshall's for years. Here Andy is spraying them the concrete spray paint to start putting them up throughout the castle. 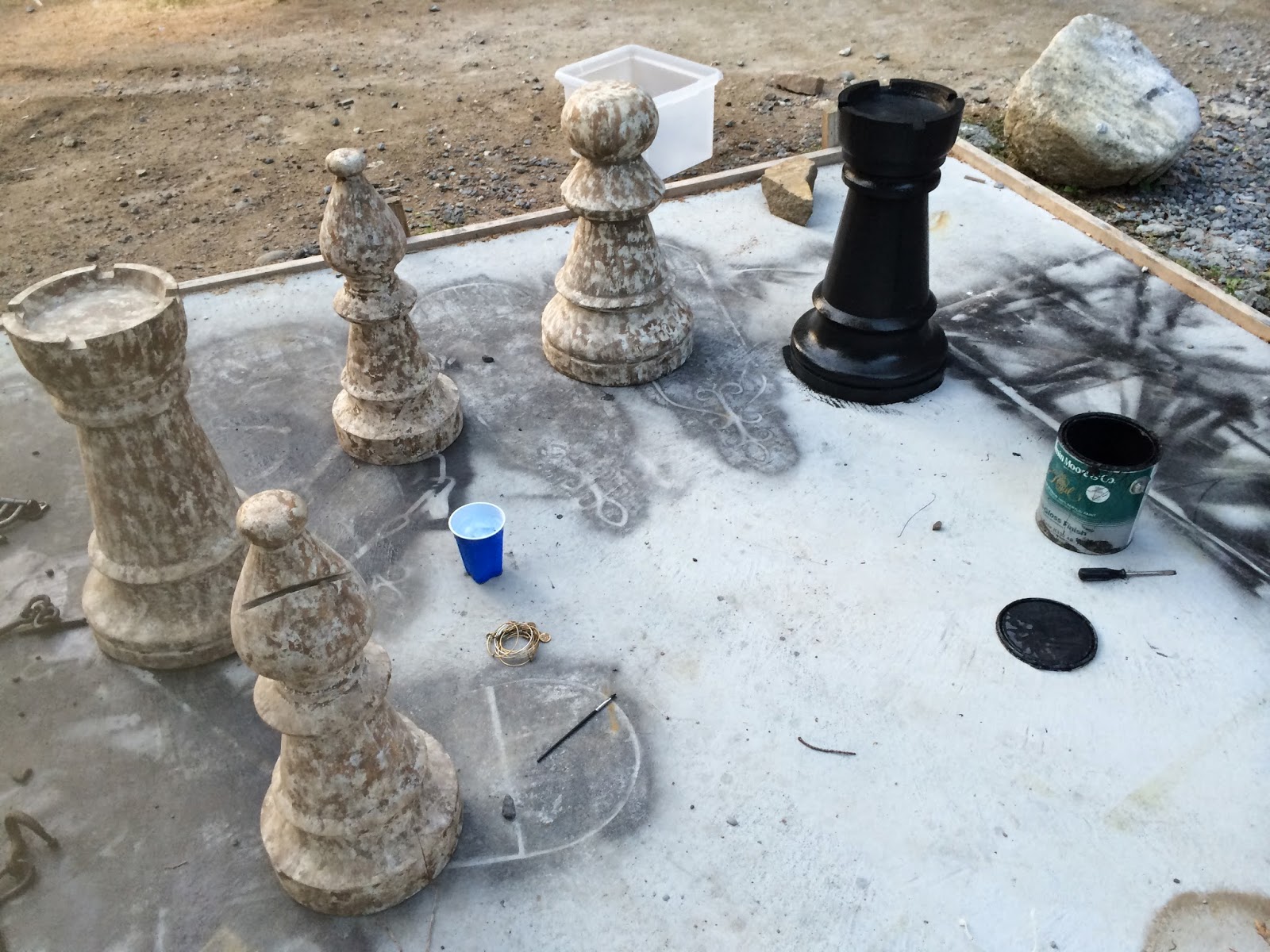 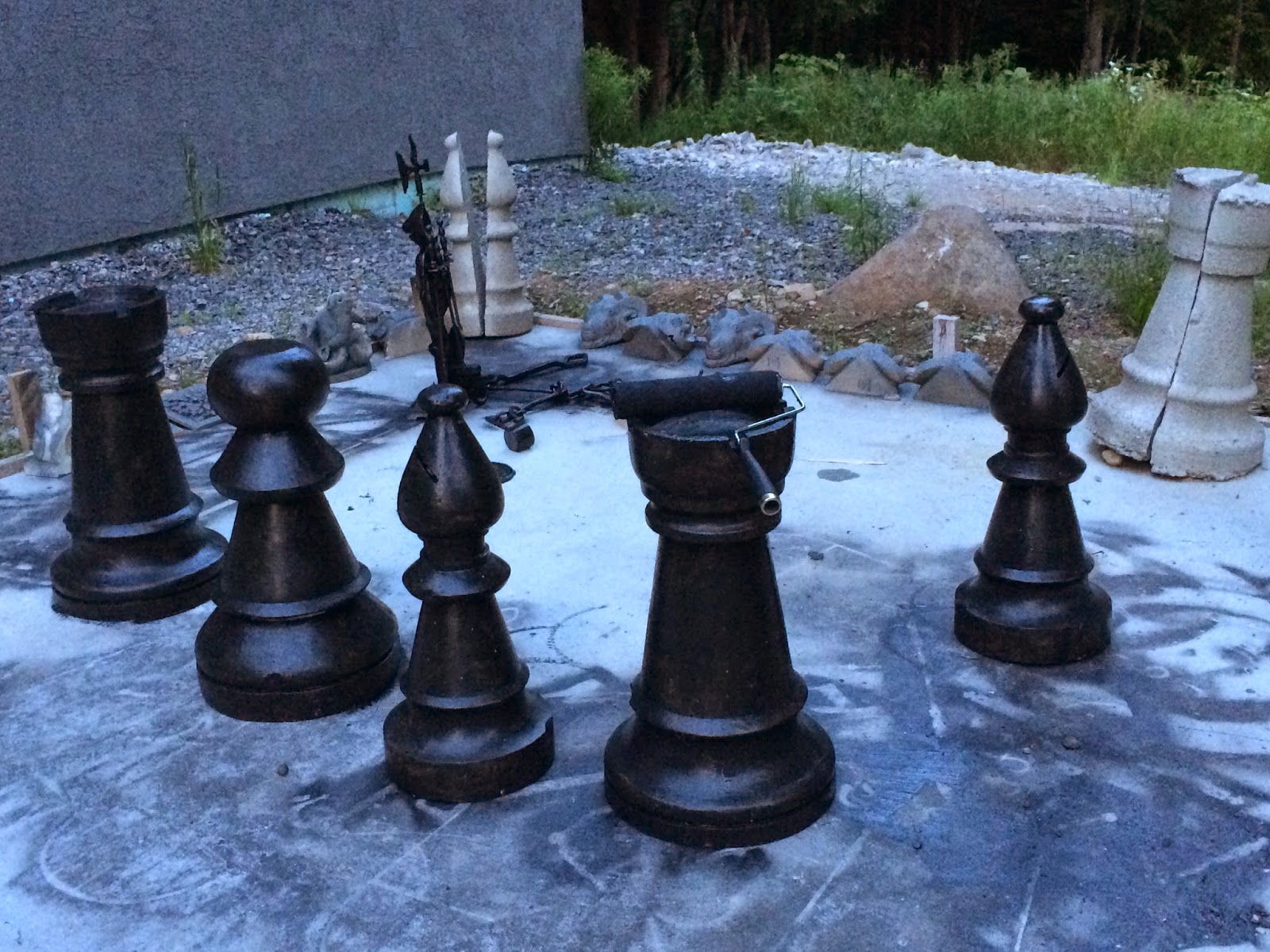 the Chest pieces we bought at ABC in NYC needed a castle make over and by that, you all know what I mean by now, Black Paint! 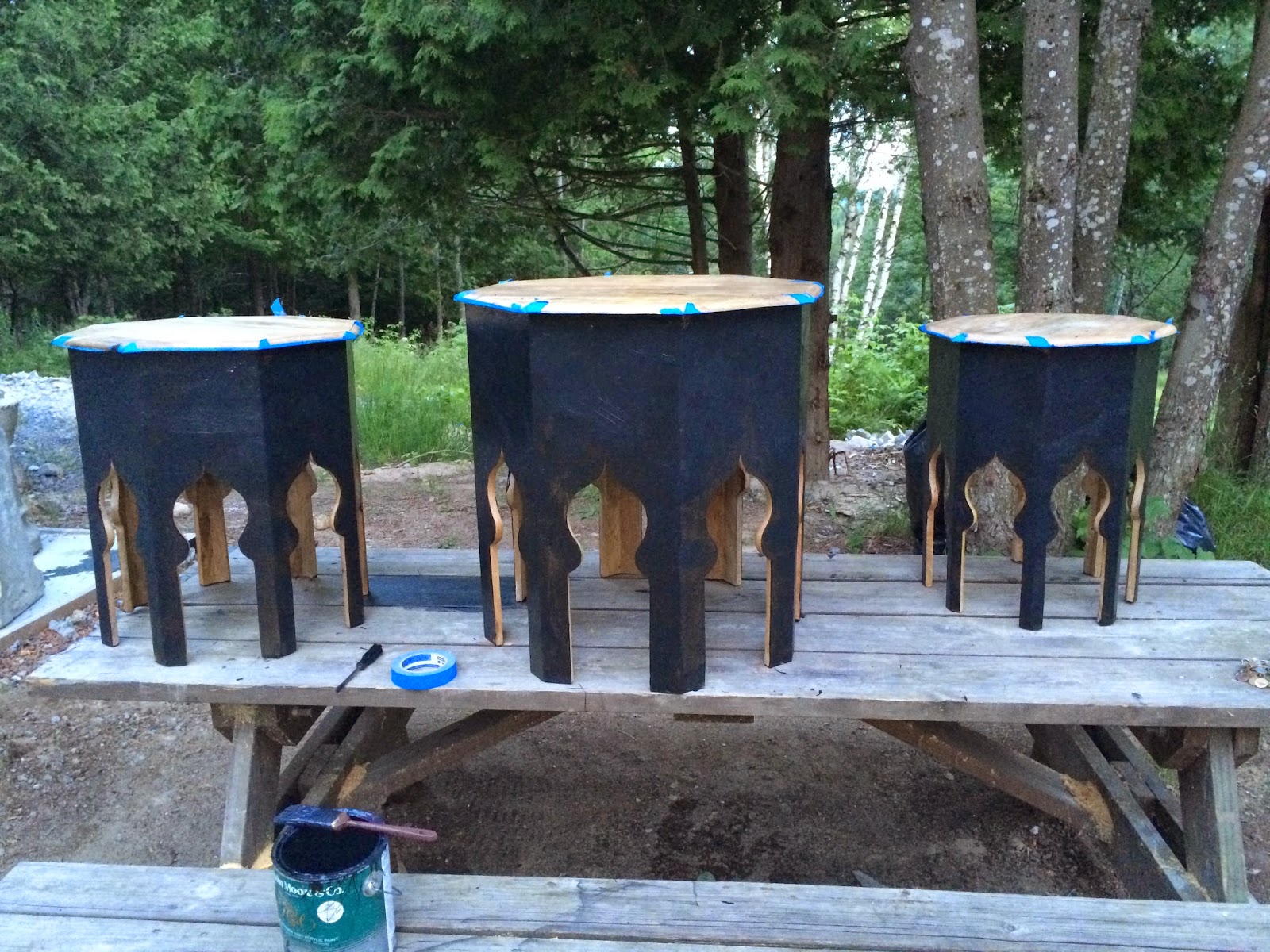 and the three side tables I found this week also got the castle makeover with black paint. 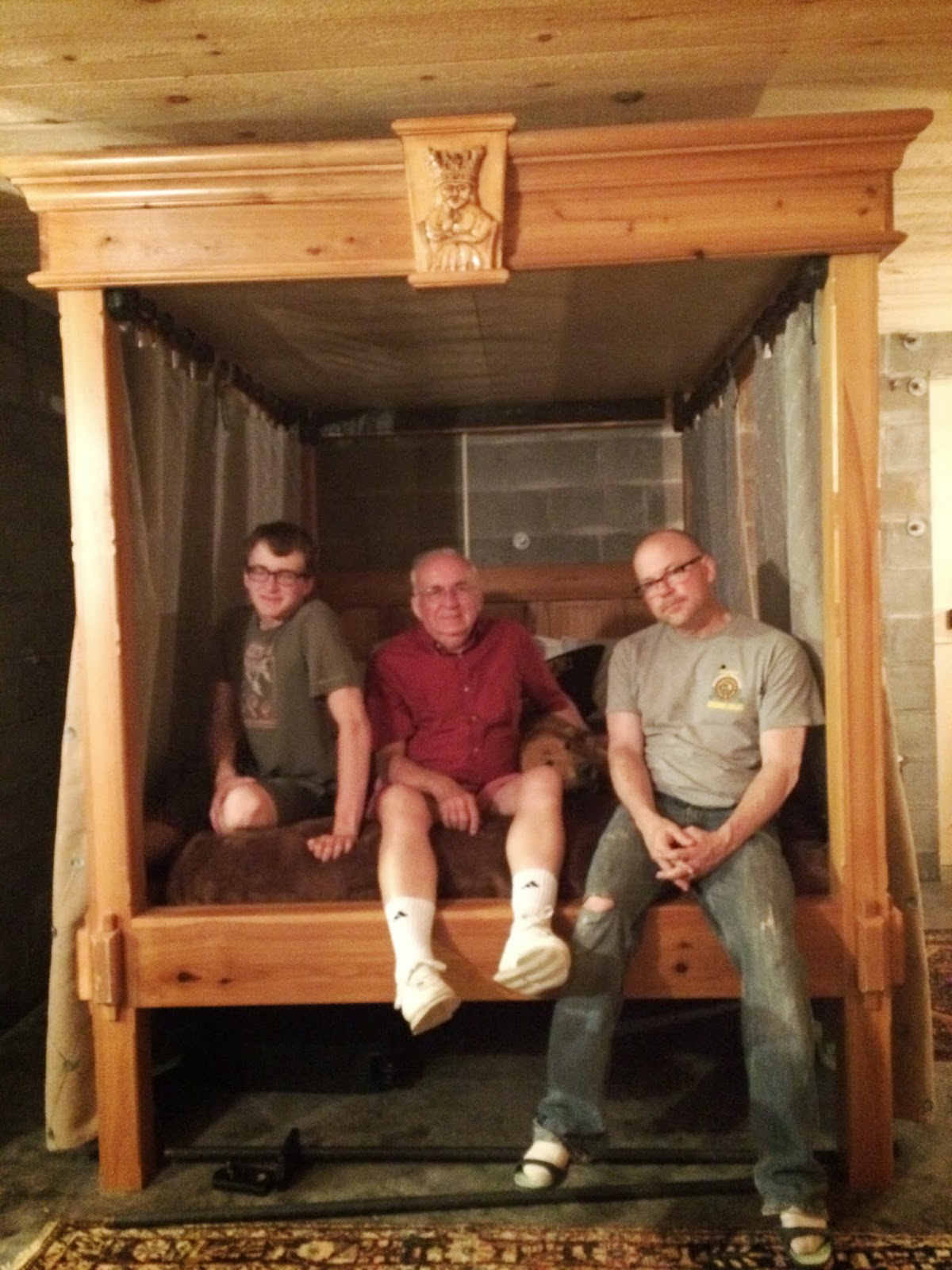 Rex, The Ole Grandpa, and Andy. Three generations of Ramsgard men in one big bed! 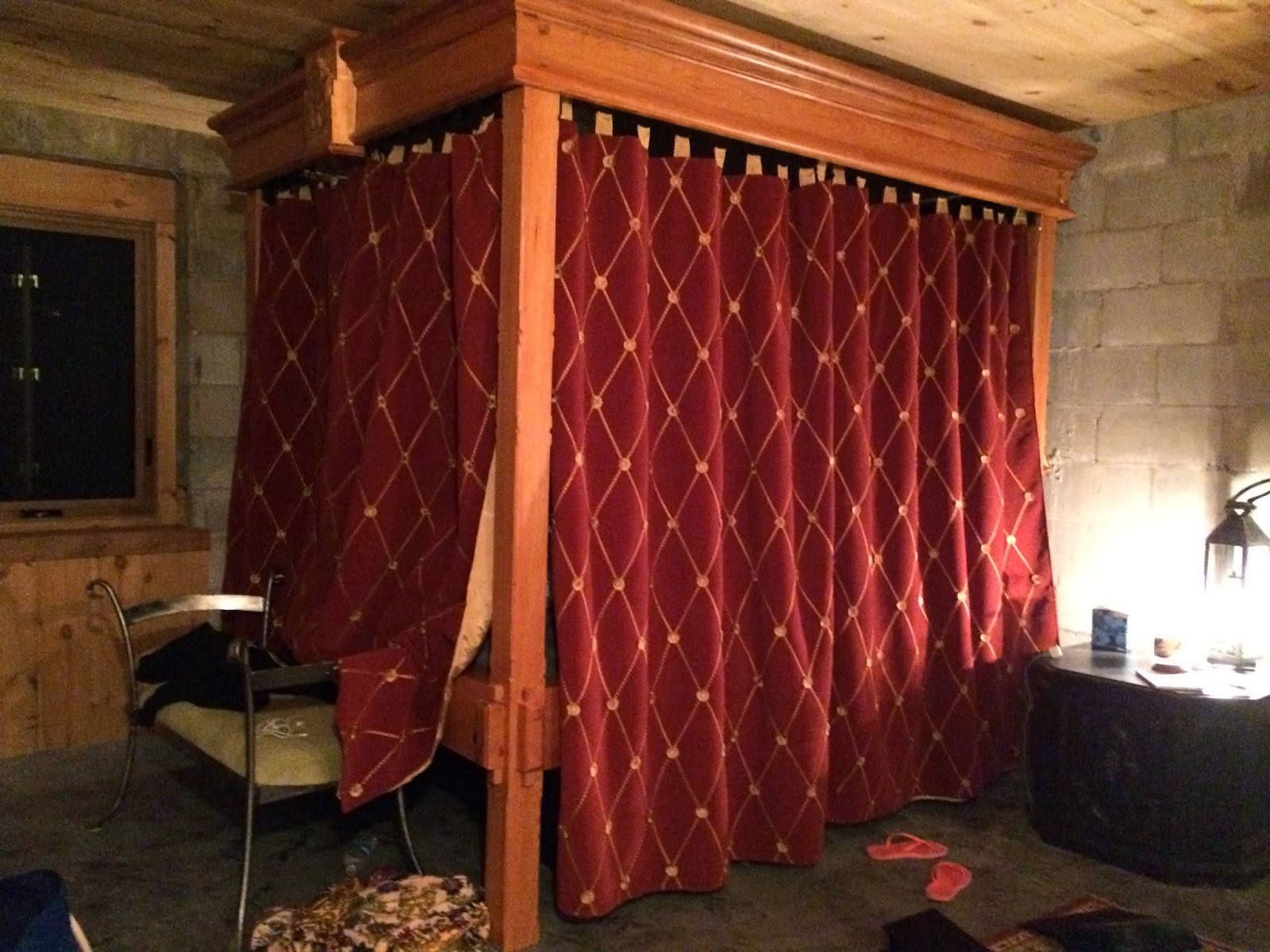 Ruby's room with bed curtains drawn. All the bed curtains are in! Maria is now starting on the bathroom Door's which are going to be curtains. 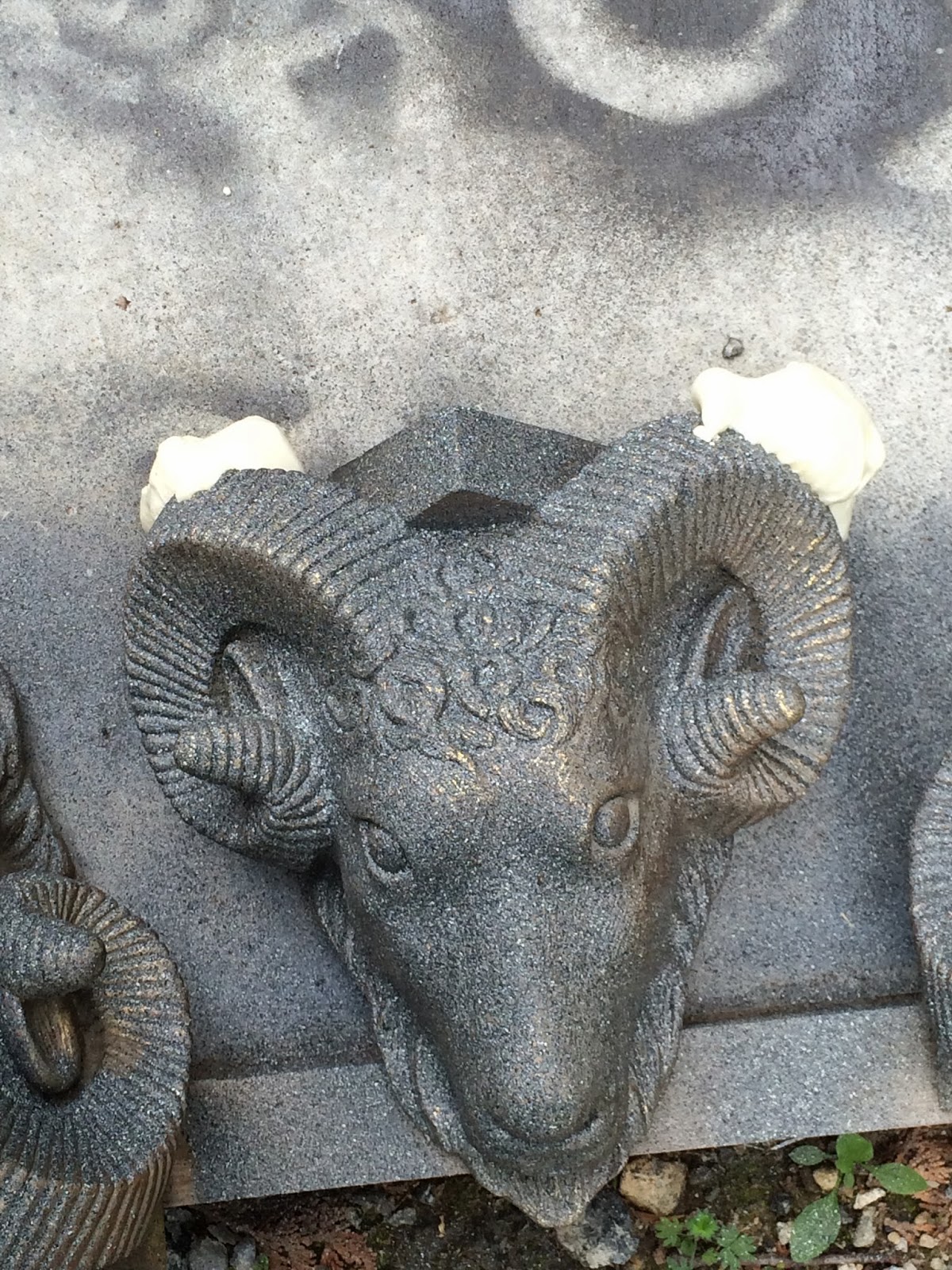 may the Ram's head be with you!

Posted by Sherie & Andy Ramsgard at 4:34 PM No comments: