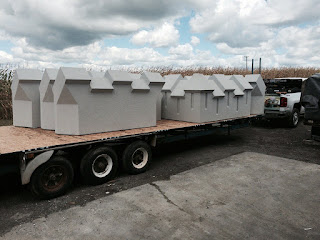 So the Pareapet wall was designed and built off site @ Yantch Concrete in Auburn, NY. They are 2 ft. thick, 4 ft. high, and 7 1/2 ft. long. Inside is 150lbs. worth high strength steel, 3/8 in thick. Outside is coated with a fiberglass mesh and finished with a thin shell concrete. 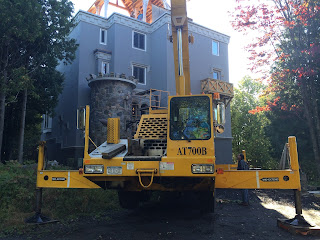 The man from Harlow Crane came from Lake Placid and said he had actually been at the site with Ed, three to four times previously when Ed first started construction. 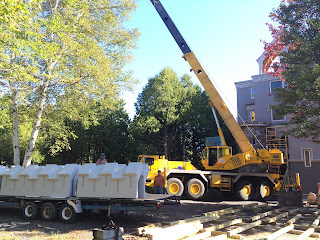 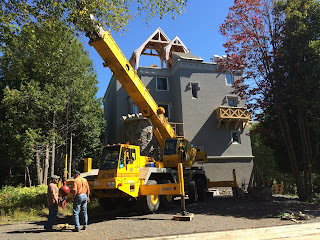 All the pieces were lifted to the roof in three hours, Brian is wondering where the next one will go. 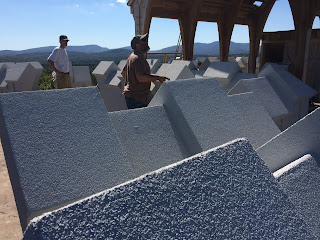 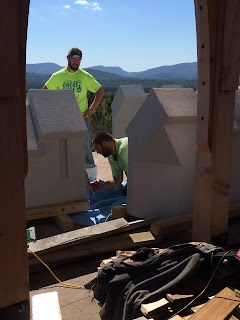 Yup, one of the piece came off the truck, going 65 mph, and just needed minor aesthetic repair.
Its Strong! 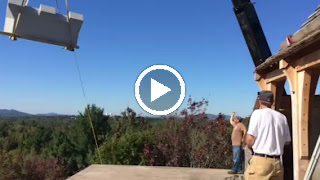 and the new view of the castle with Parapet Wall completes the current look of the castle.
The guys got them all installed by the end of the day. 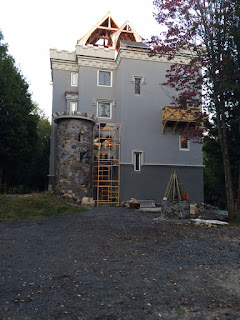 Very stately I would say 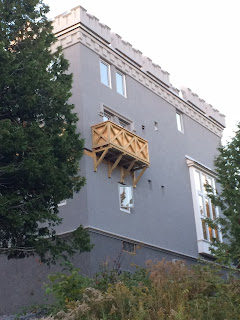 Posted by Sherie & Andy Ramsgard at 9:01 PM No comments:


So this great group of woman are my BREAST friends, yes, you read that right. We were brought together 7 years ago by breast cancer via introductions on social media, all connected by Yvonne(the beauty in white). We spanned New York State geographically, but in those sleepless nights of surgeries, recovery, chemo and radiation,  these ladies were always there and knew exactly what I was feeling and what to say. We are Breast friends, but there is not a real breast between us! What there is however is alot of life and appreciation for it.
We try every year to get together and this year we invaded Leary Castle.  I was too busy being the hostess, and drinking, to take pictures, but Danielle, the lovely lady on right, took a bunch of us and the castle. Thought it would be fun to see the castle through a newbies eyes, so click on this link and enjoy and thanks to Dani for the very creative perspective.

The parapet Wall  for the roof is almost completed off sight and will be delivered and installed in 2 weeks, here's a section 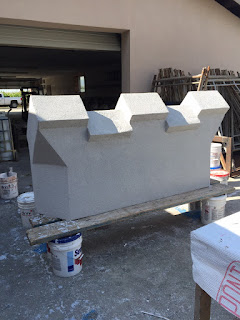 and who's coming to the Fundraiser?

Posted by Sherie & Andy Ramsgard at 9:26 AM No comments: