So we decided in honor of Labor Day Weekend, so not Labor so much. Surprising I know, but everyone needs to take a break every now and then.
We were going to move the VERY heavy lions into the great room where they will be the post to the great room firplace, but Thomas, the caretaker, and Marc and Brian, THE MEN, decided they would get them in before we got there and I thought that was the best gift ever. So, here the lions sit, waiting for the fireplace to be built. I bet they'll appreciate being inside this winter! 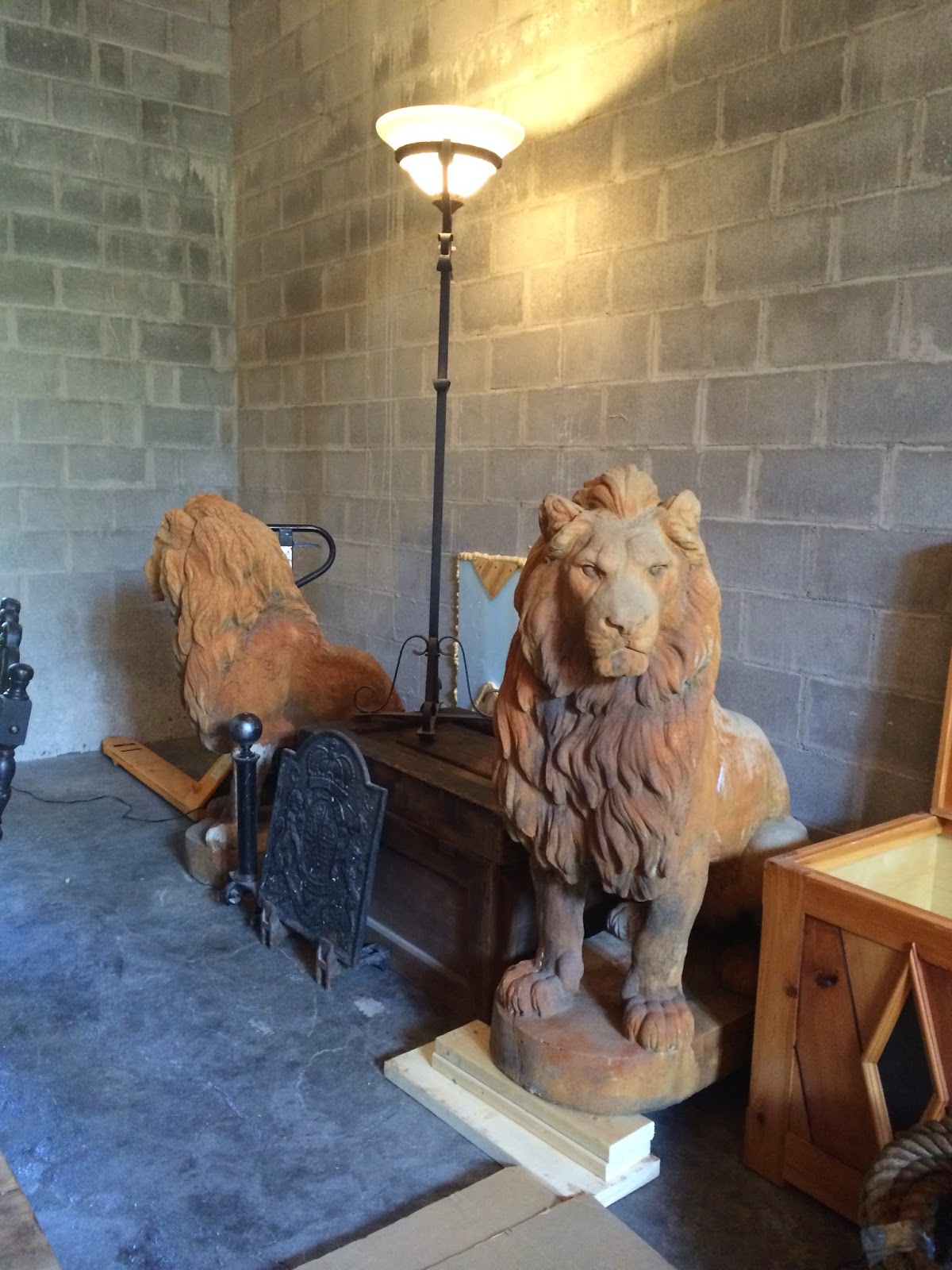 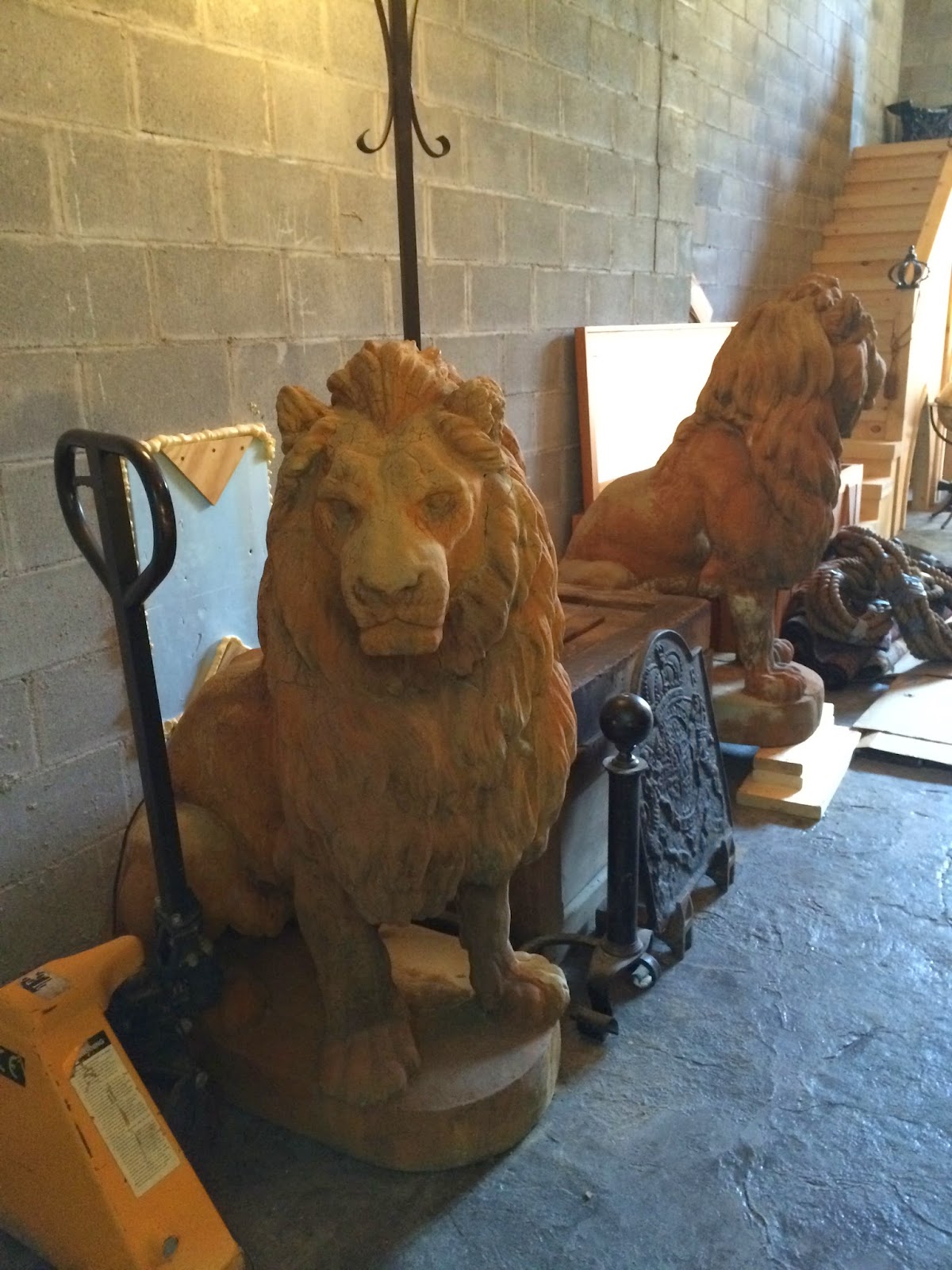 Andy went up a day before the kids and I got there and he was able to remove the form work from last week and exposed the nicely bricked arch from the upper Fungeon to the lower Fungeon. 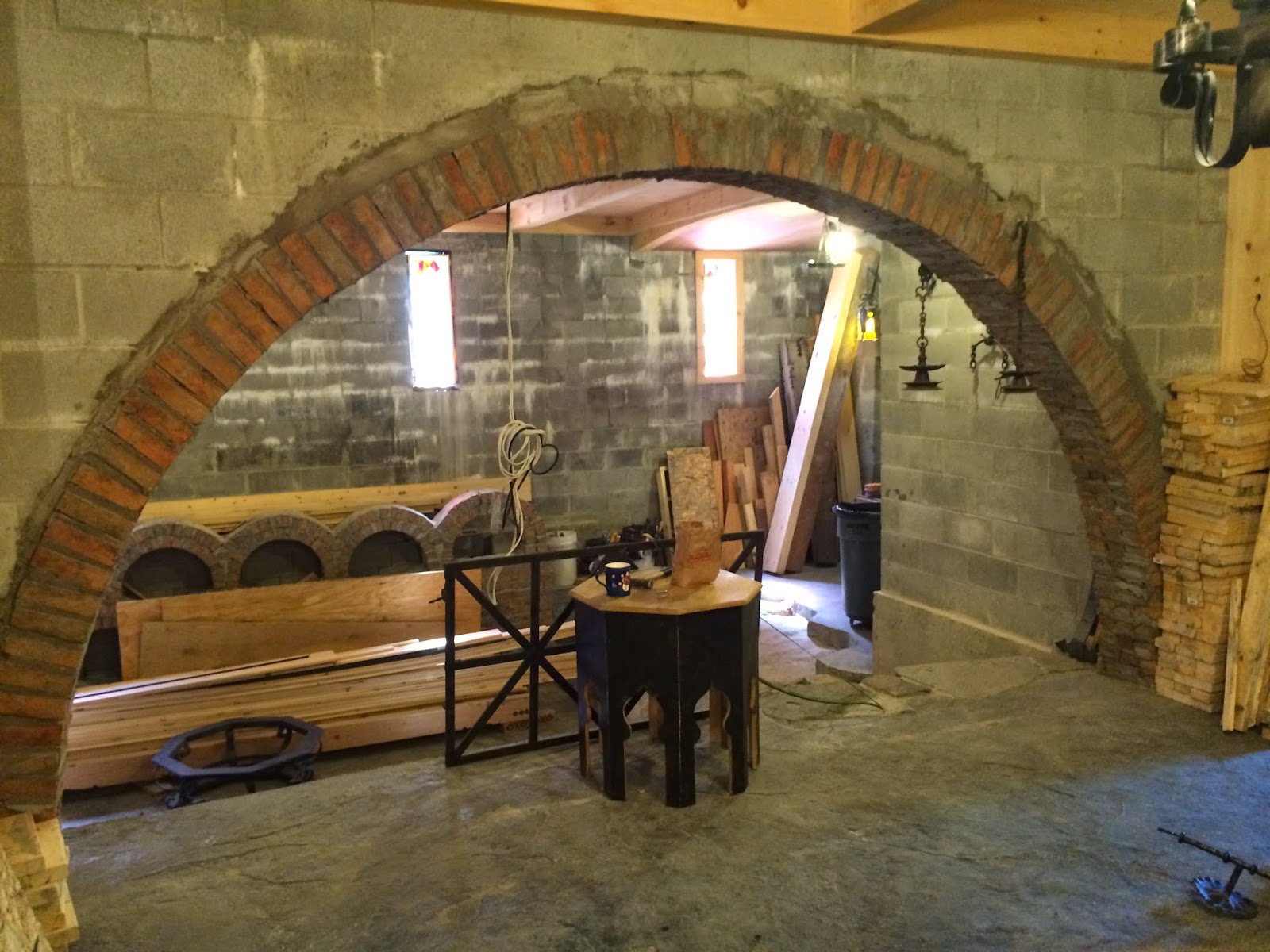 Yvonne, my breast friend from Albany, visited with her family and exchange student, Cheechee from China, who is with them this whole school year. Here, Andy is teaching them how to shoot the bow and arrow. 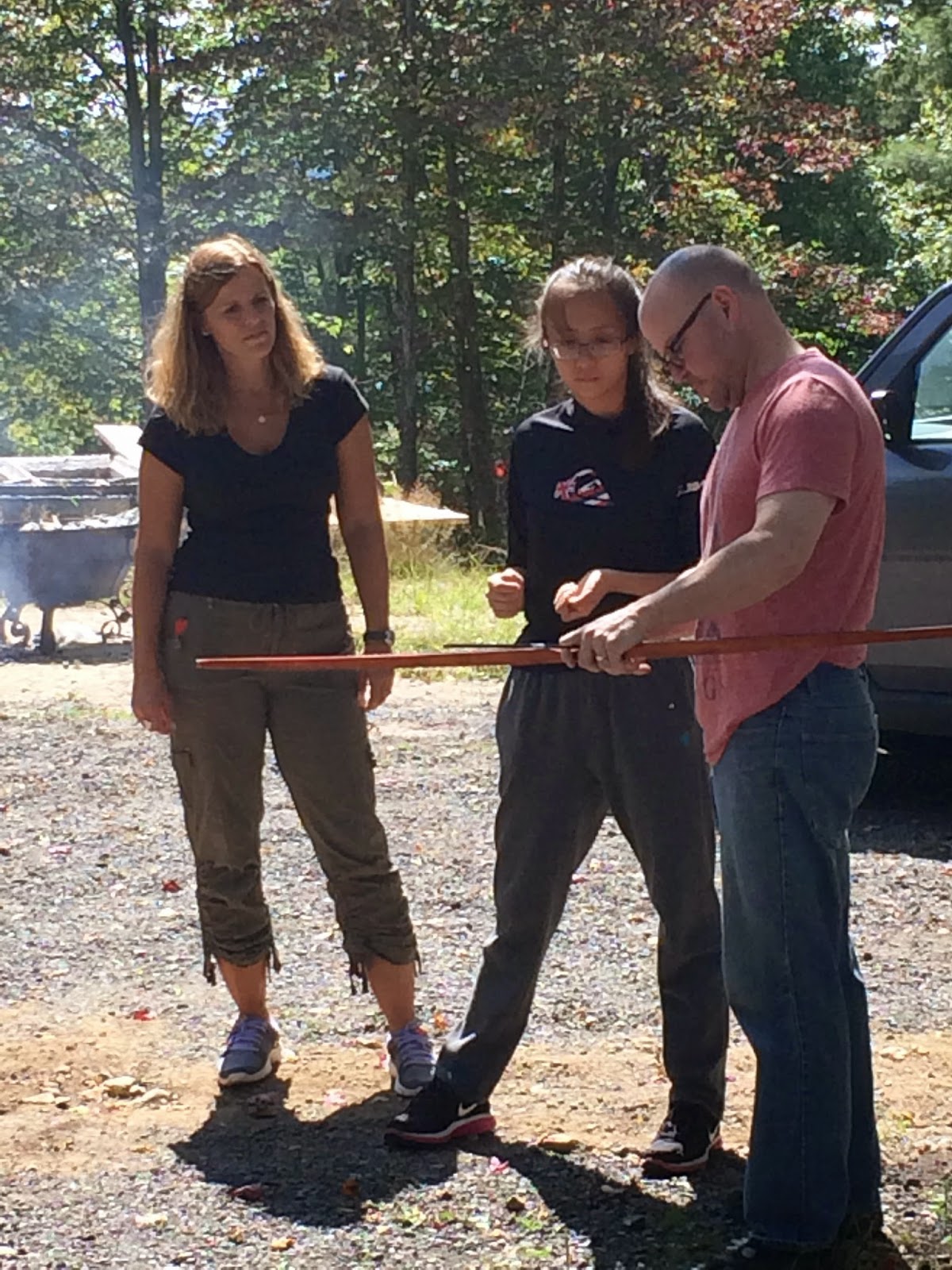 "Just another day at a castle shooting bows and arrows" said Chee Chee. 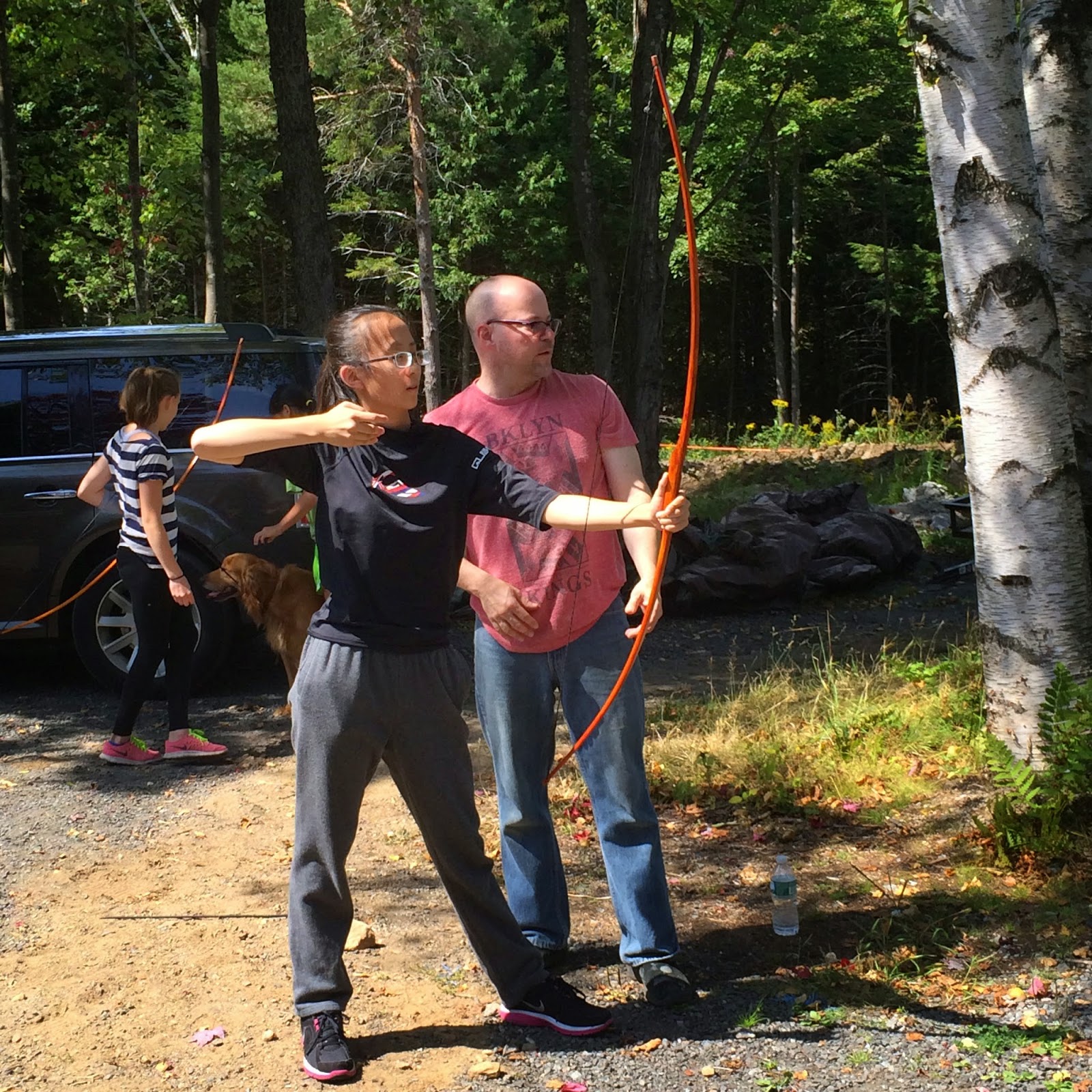 We lost an arrow and finally found it........ no, not in the tree, that was Grandpa Ramsgard's trick, we found it in the brush, but Grandpa was right, this is a funny gag! 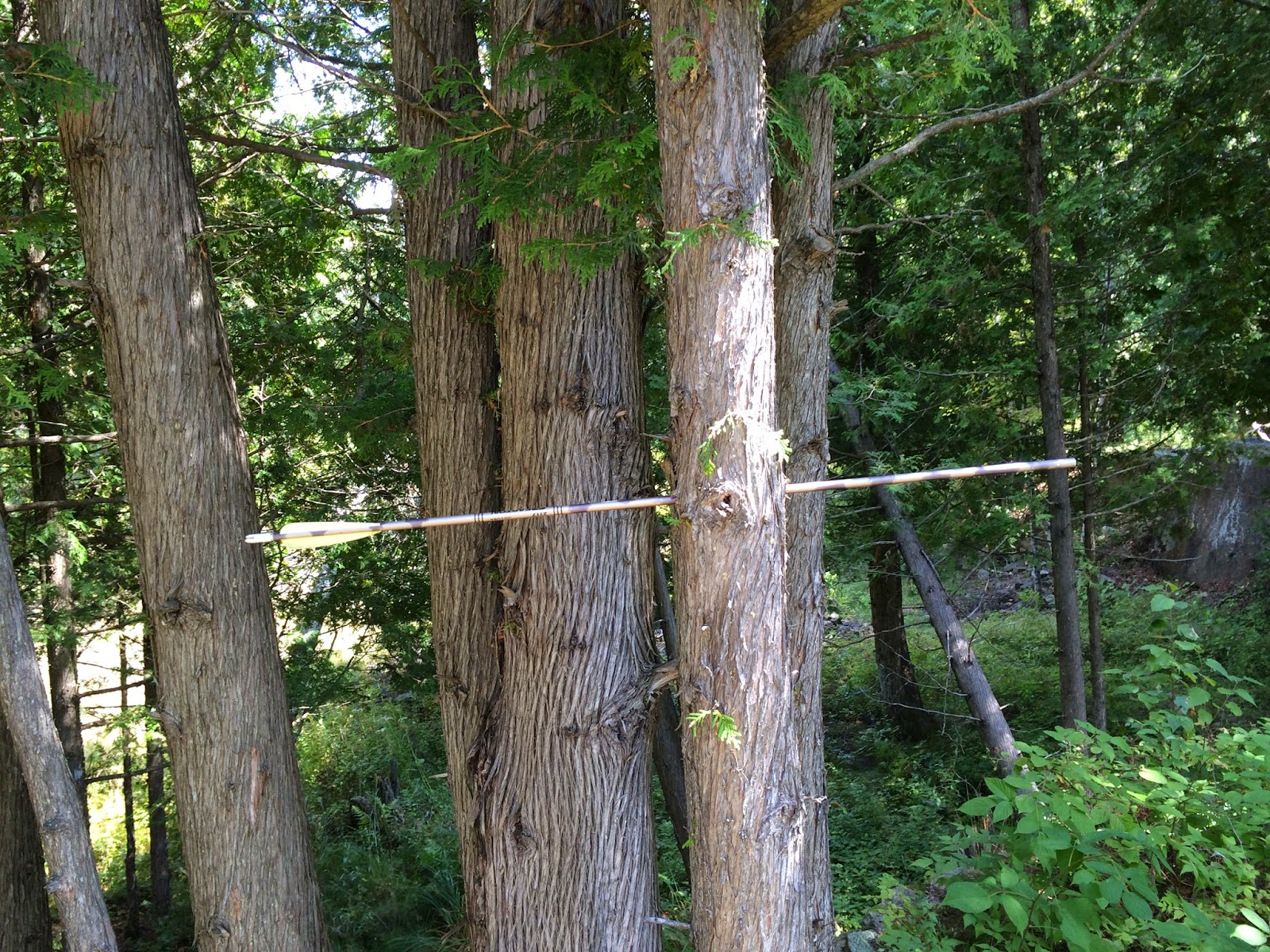 So, we did no work on Saturday. Slept in, had a big breakfast, visited, walked the property, and headed to Lake Placid to be tourist. Here we are at the ski jumps about to take the elevator to the top of the 90 meter jump. Now CheeChee can say she was at the summer olympics in Beijing and Winter Olympic sites in Lake Placid. 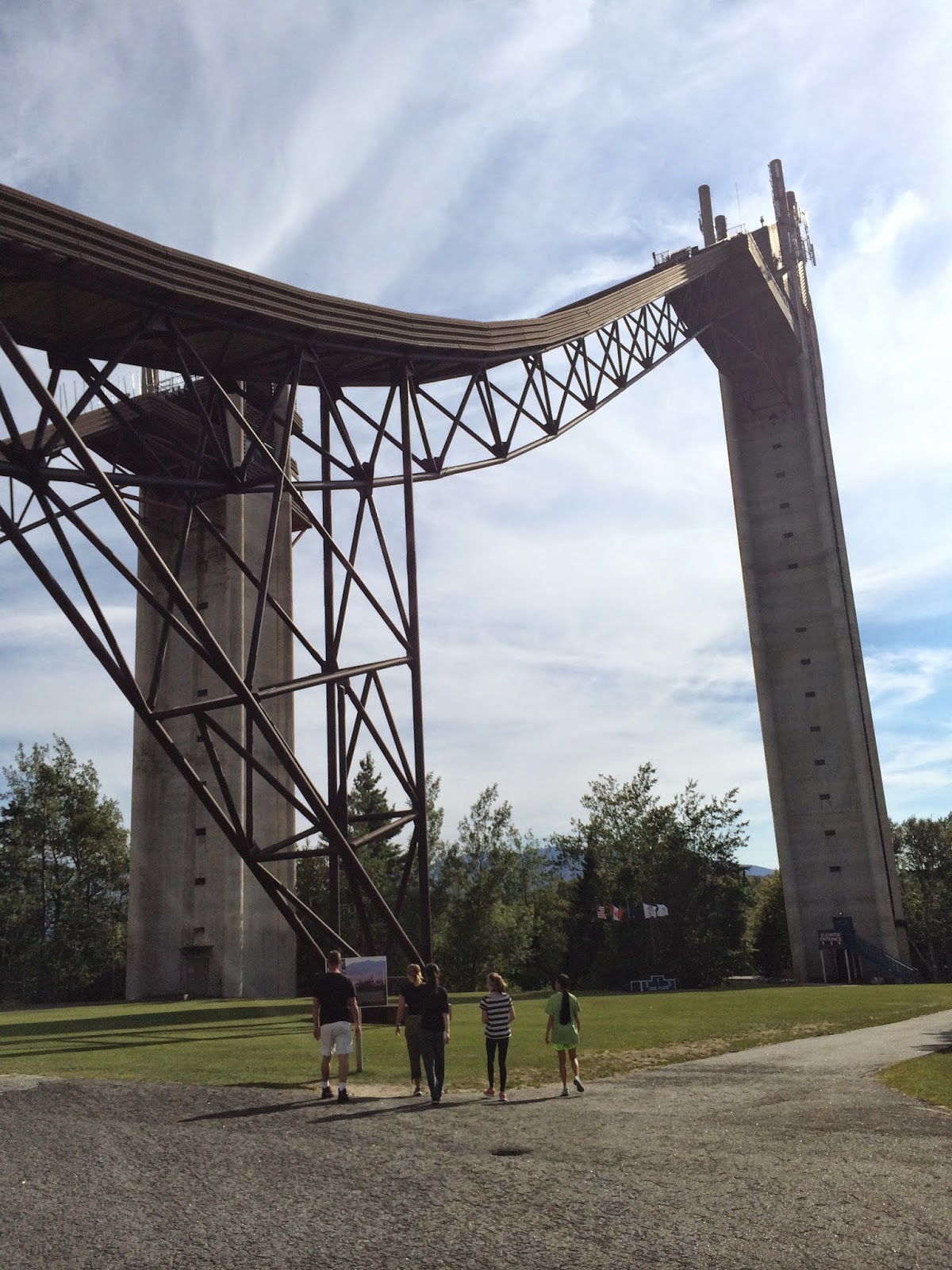 and here are the girls, Ruby, Josie, and Cheechee. They all took turns being first. 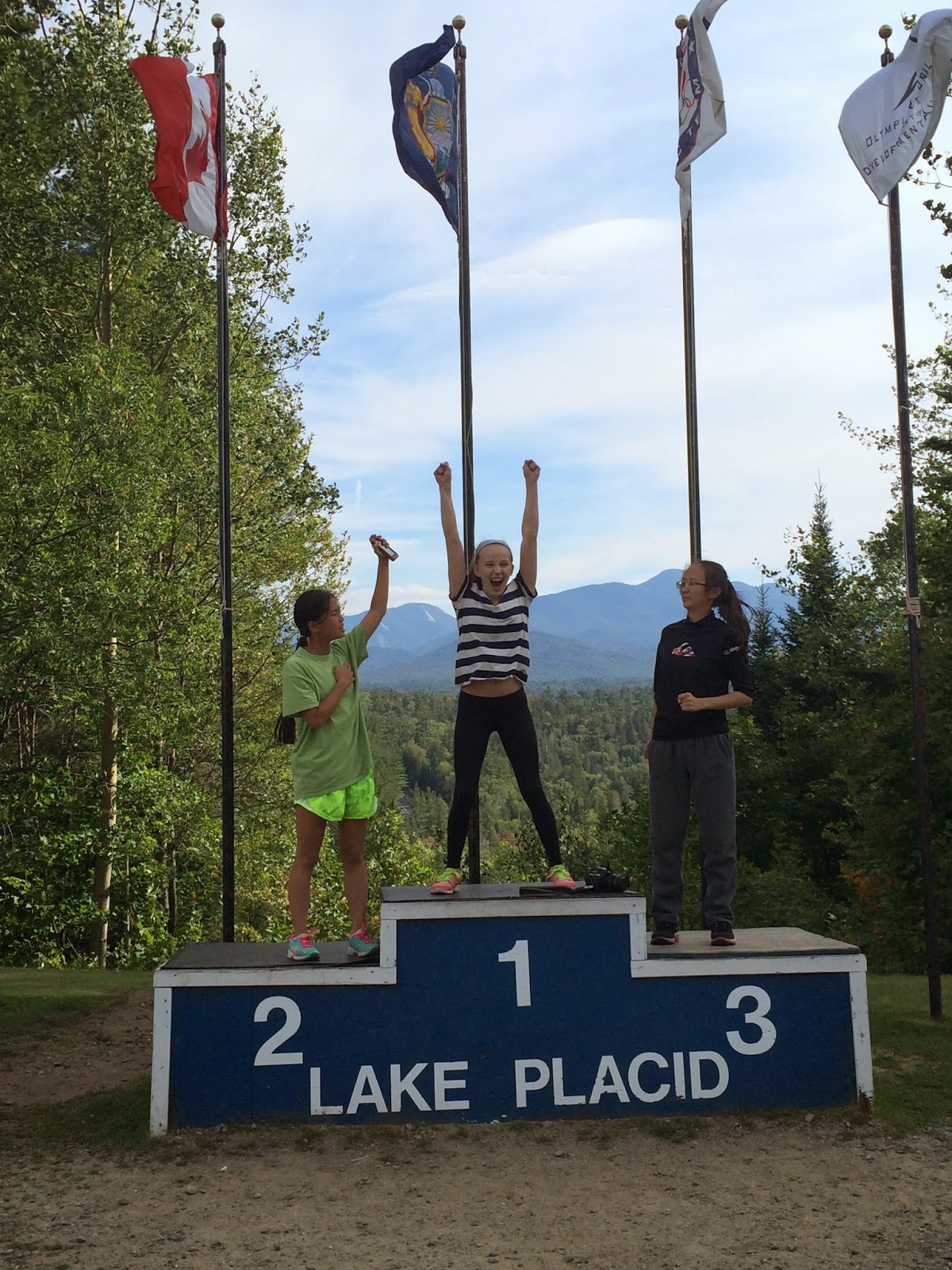 We thought this would be a fun picture for Cheechee's parents back in China with her US parents here! 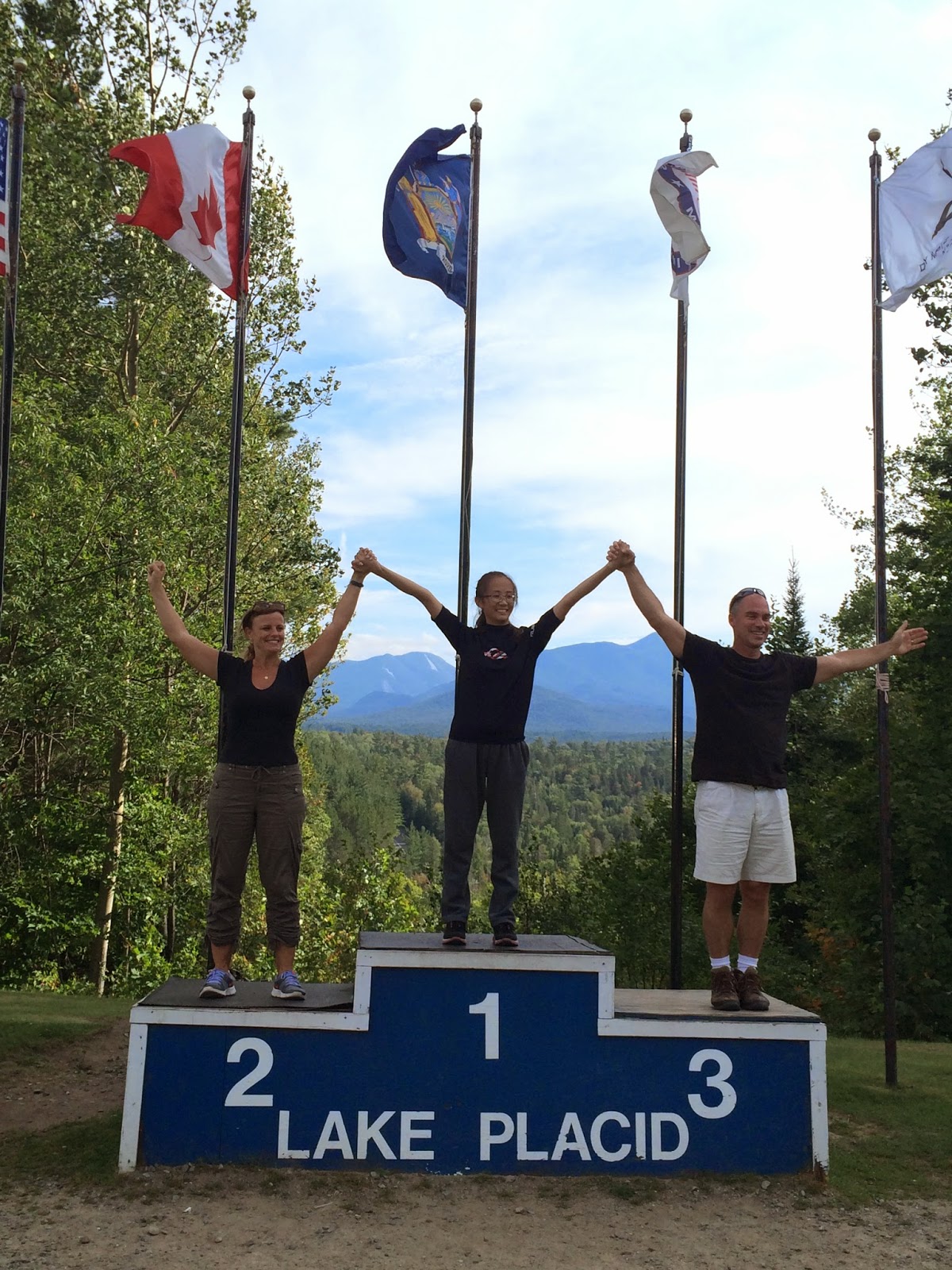 Andy had to have a jumping in the air pic all by himself. 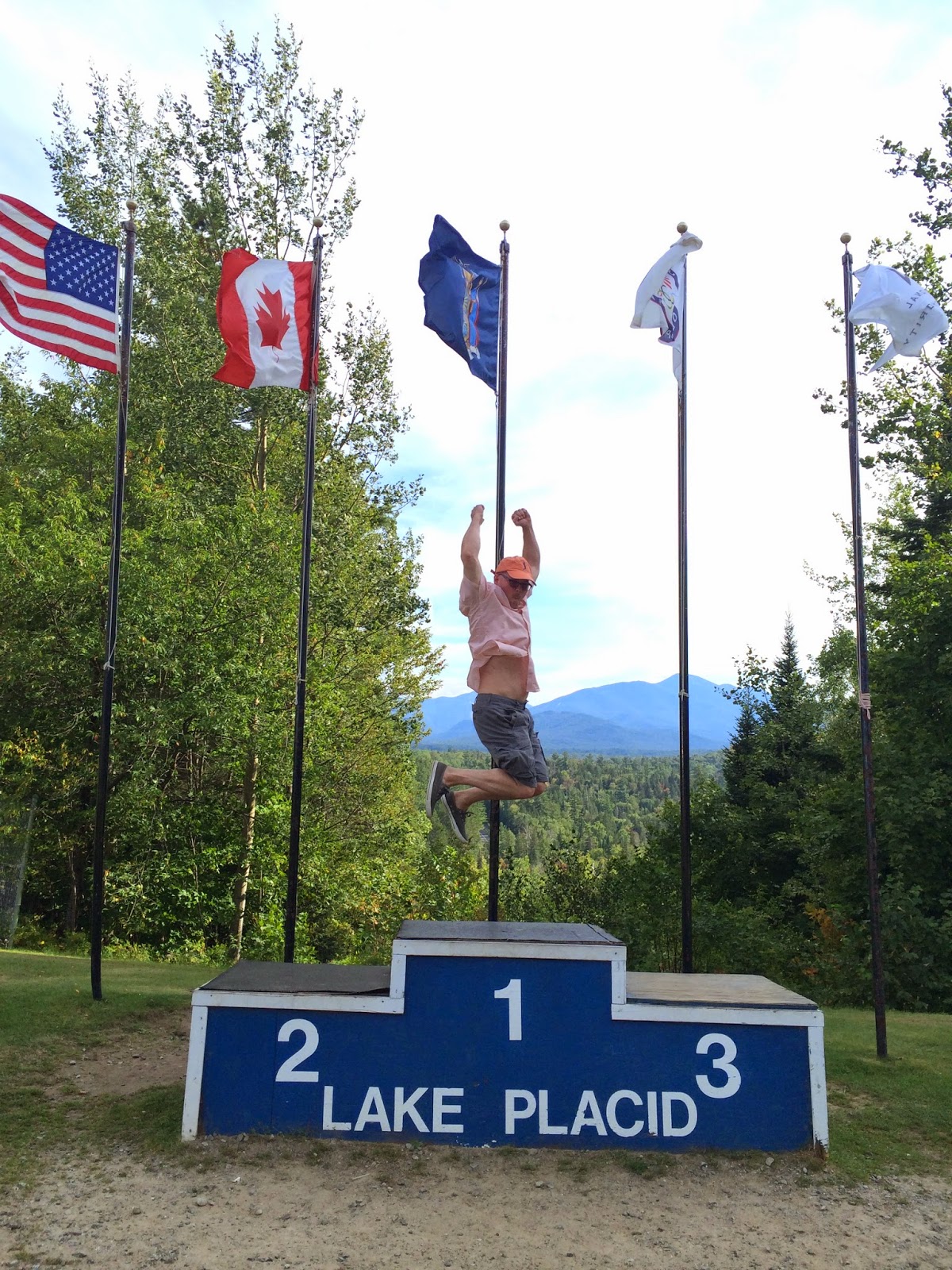 Ruby had to outdo Andy 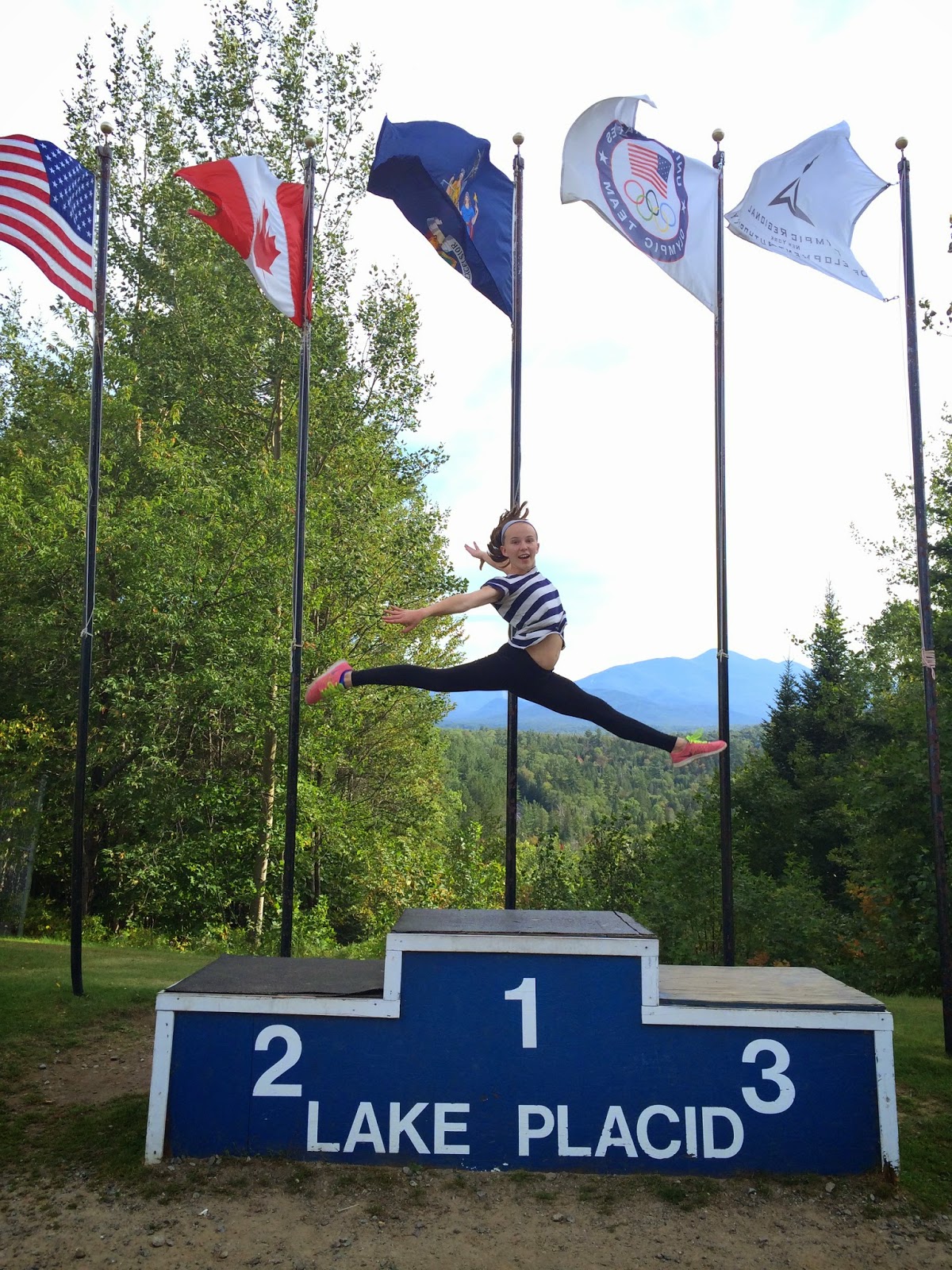 It's a long way down 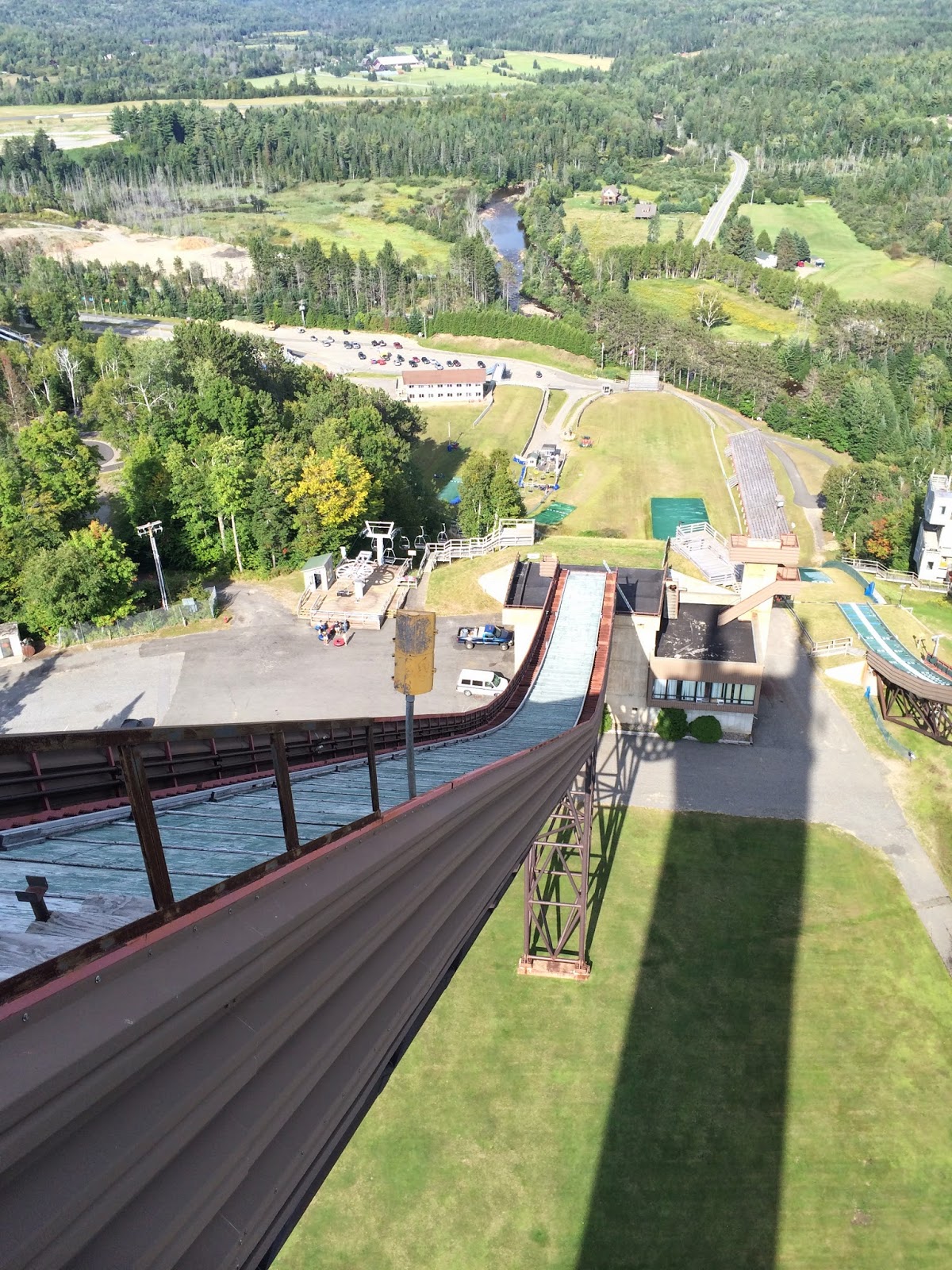 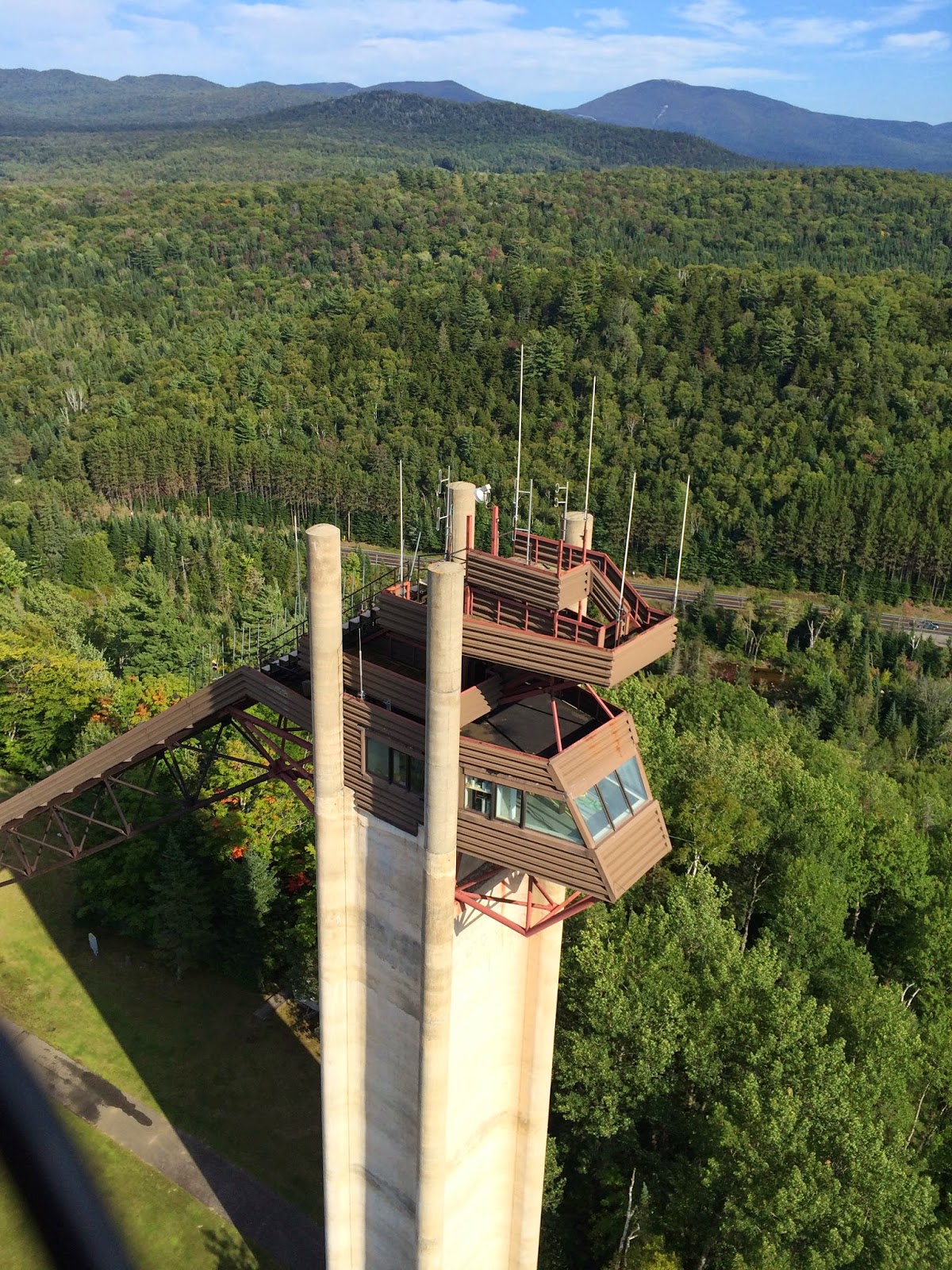 you can see the bobsled run from the ski jumps! 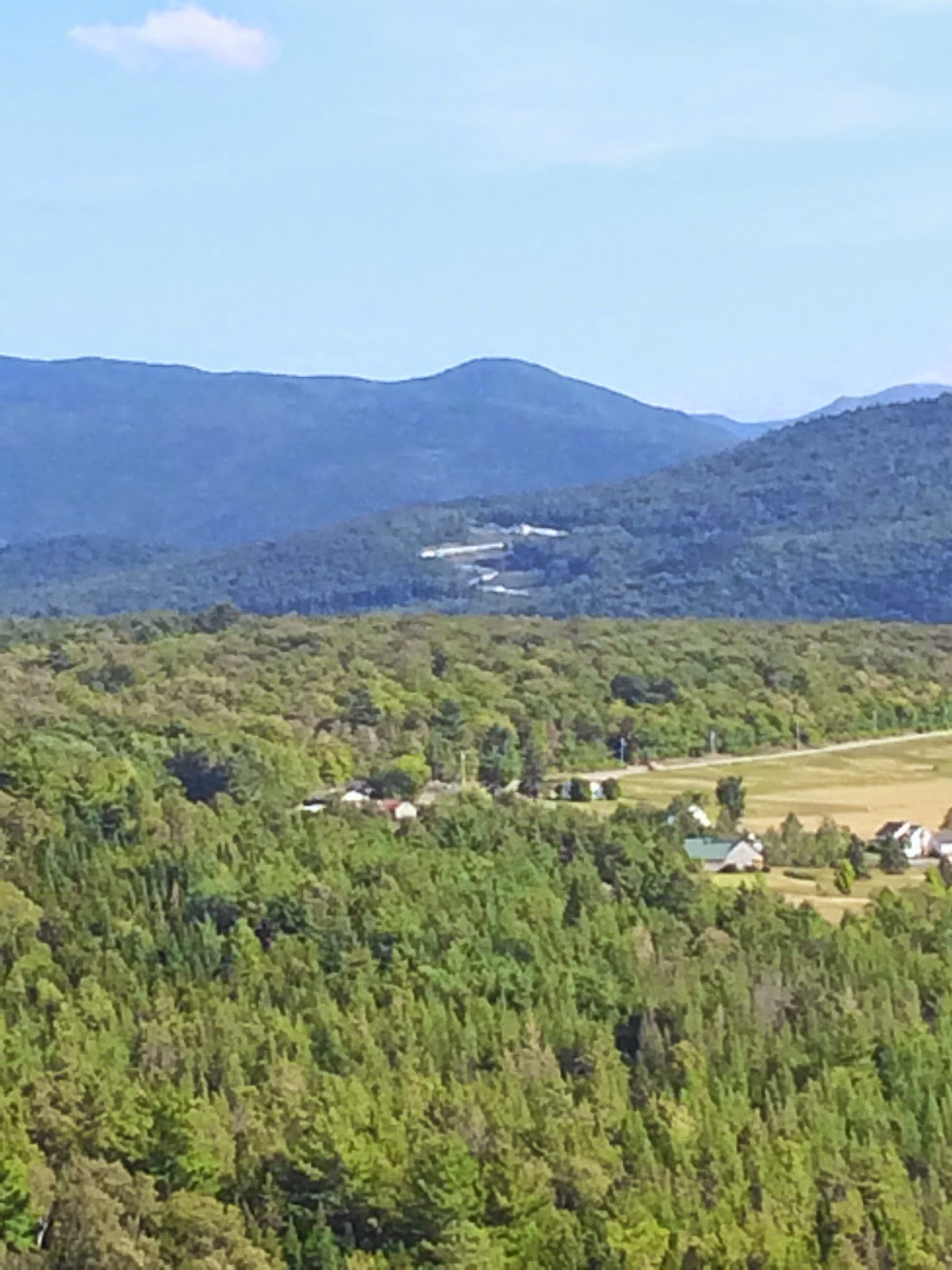 and you can see the olympic arena 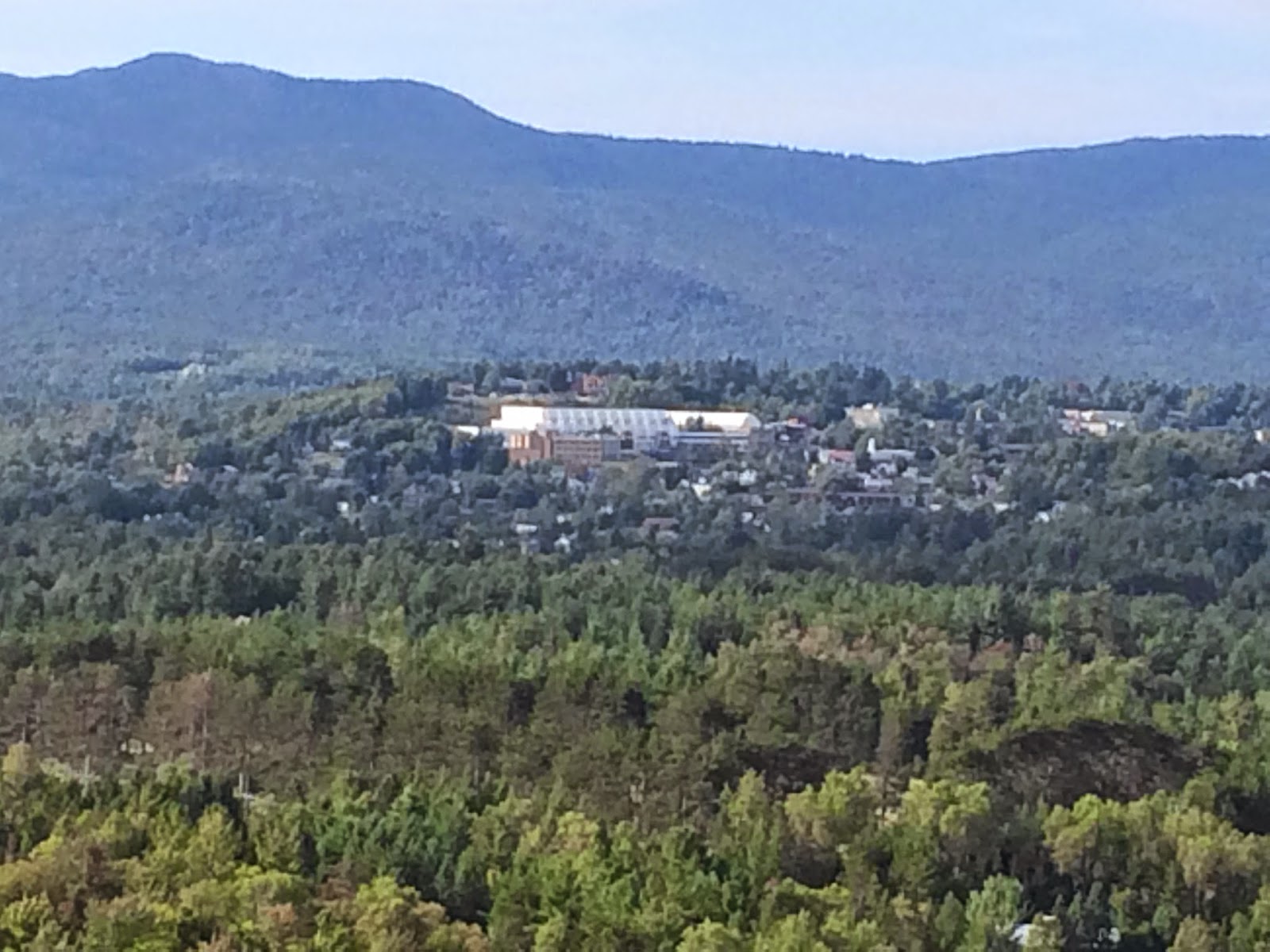 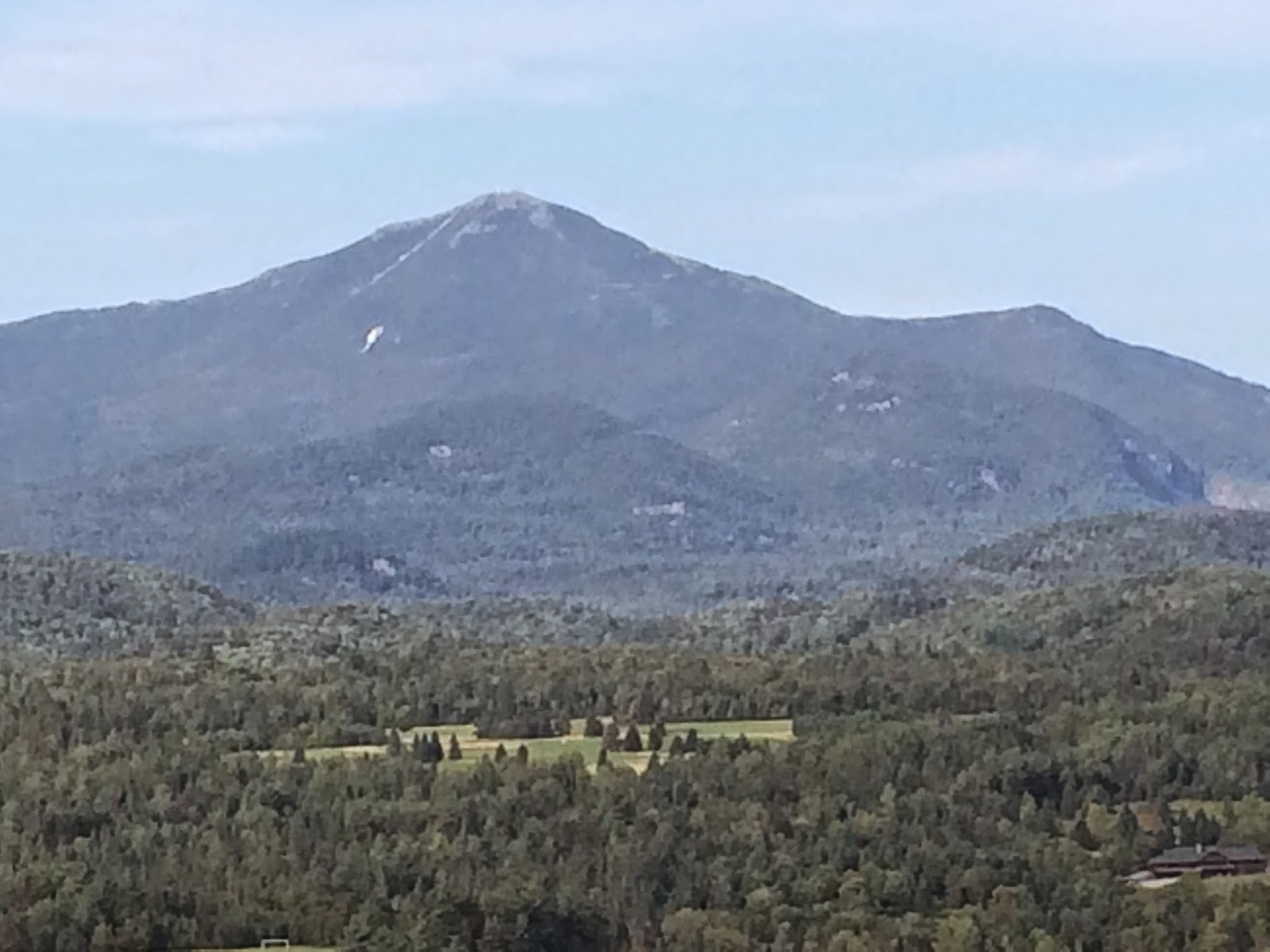 and ALL NEW, the FIRST and ONLY tube ride down an olympic ski jump hill. The tuber is the little black dot on the blue mattiflex. 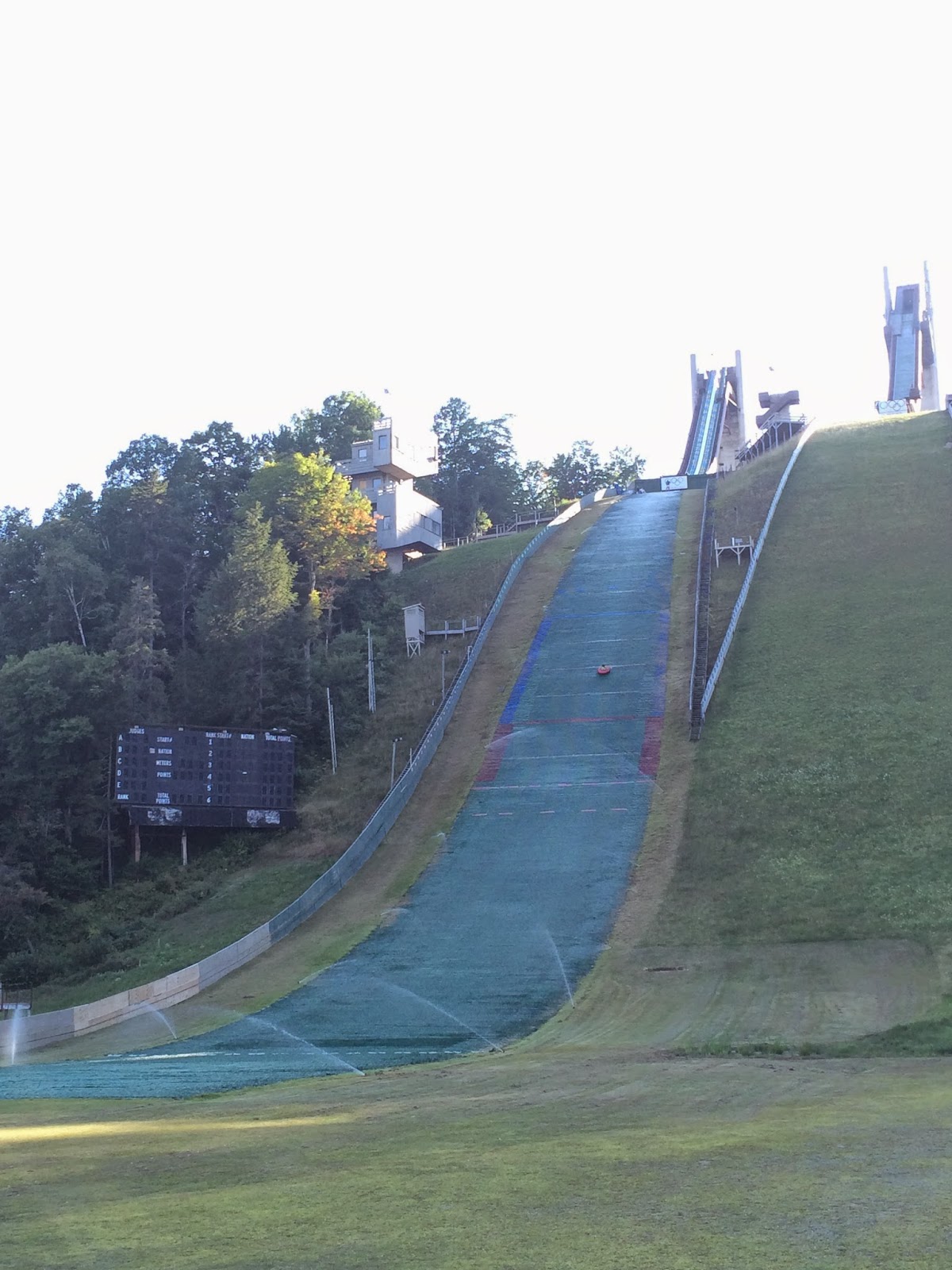 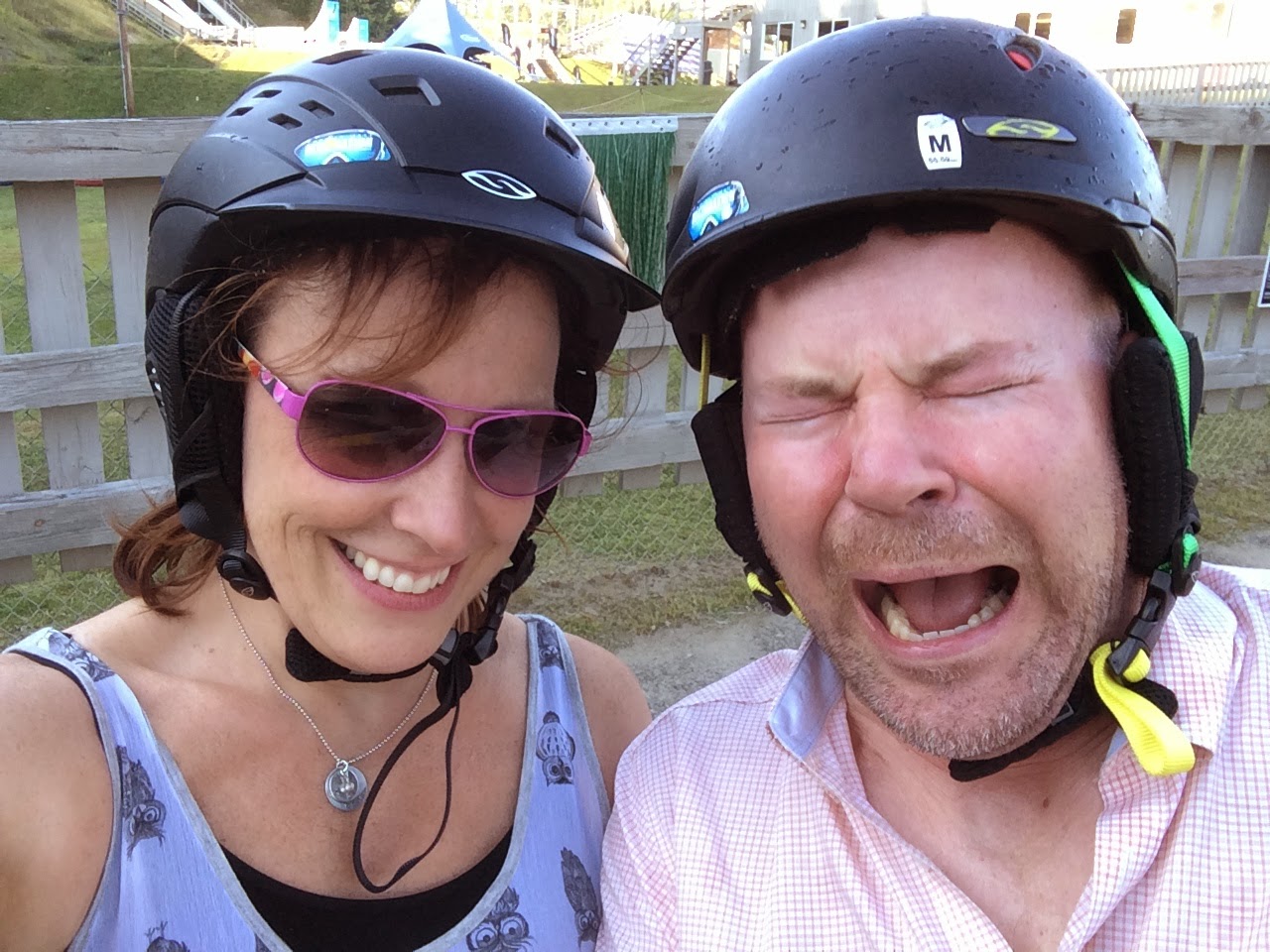 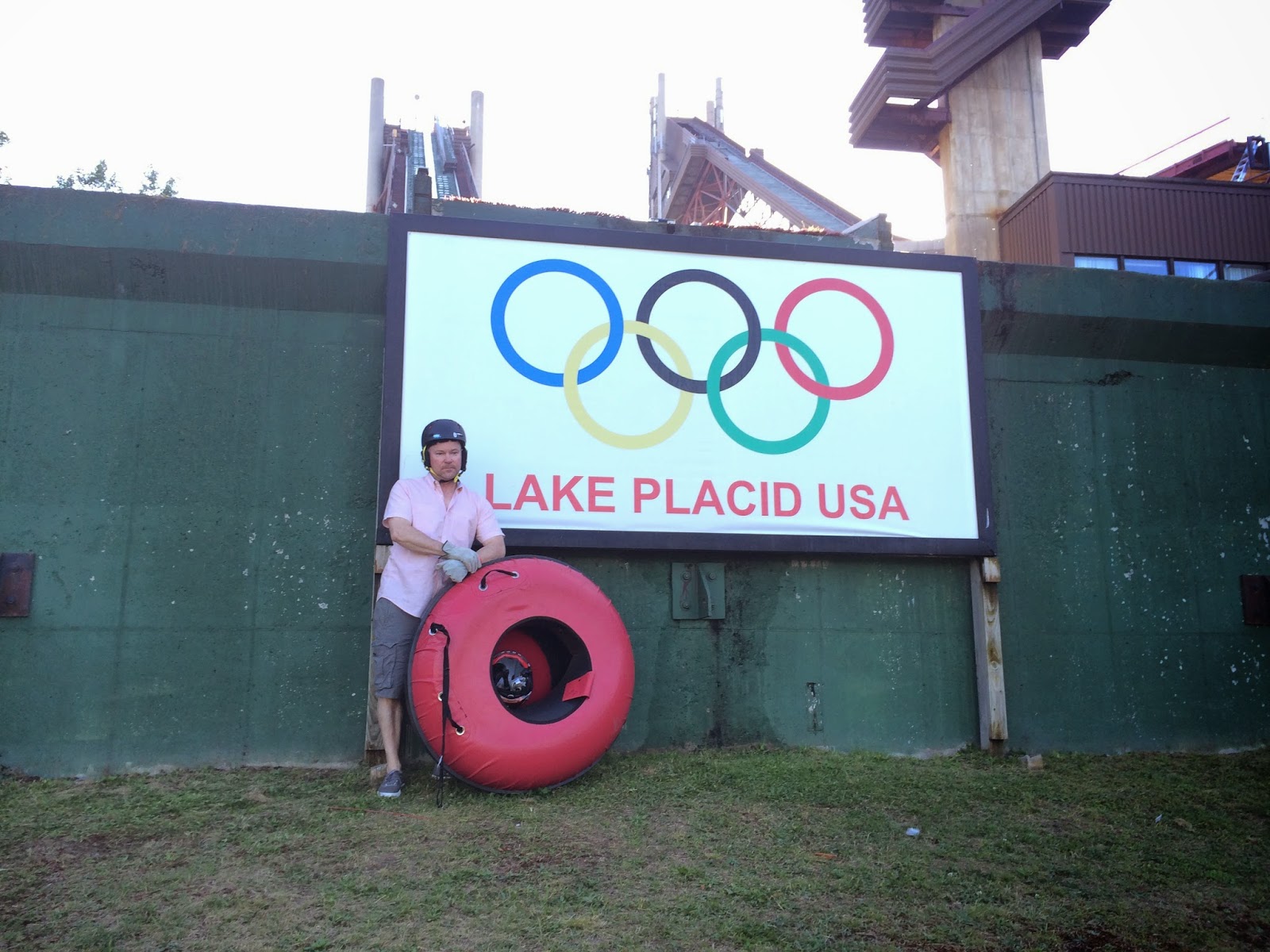 My second time down I decided to video it on my camera. The teenager at the top of the hill pushing me off said I had to hold on to tube with 2 hands and I said OK and immediately lifted one hand to camera after she was out of reach, I don't follow directions well 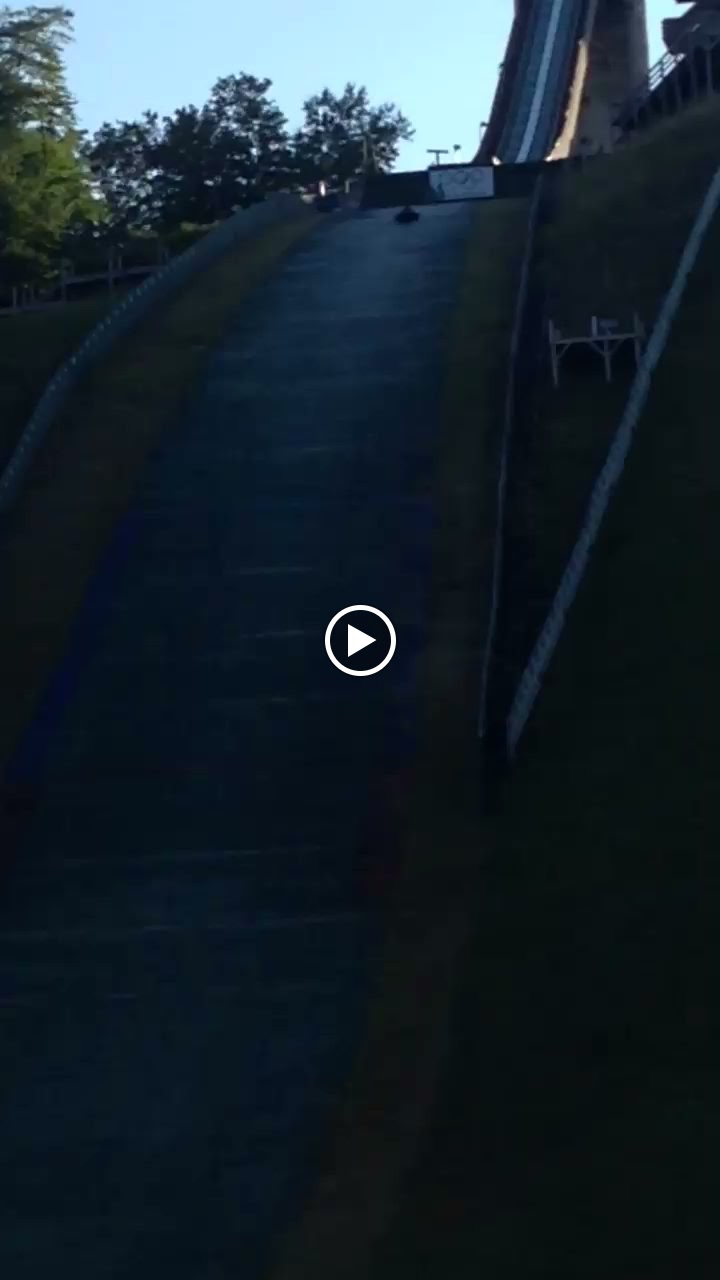 After a fun day in LP, we had a great dinner at Red Fox in Saranac Lake and then headed home for Smores 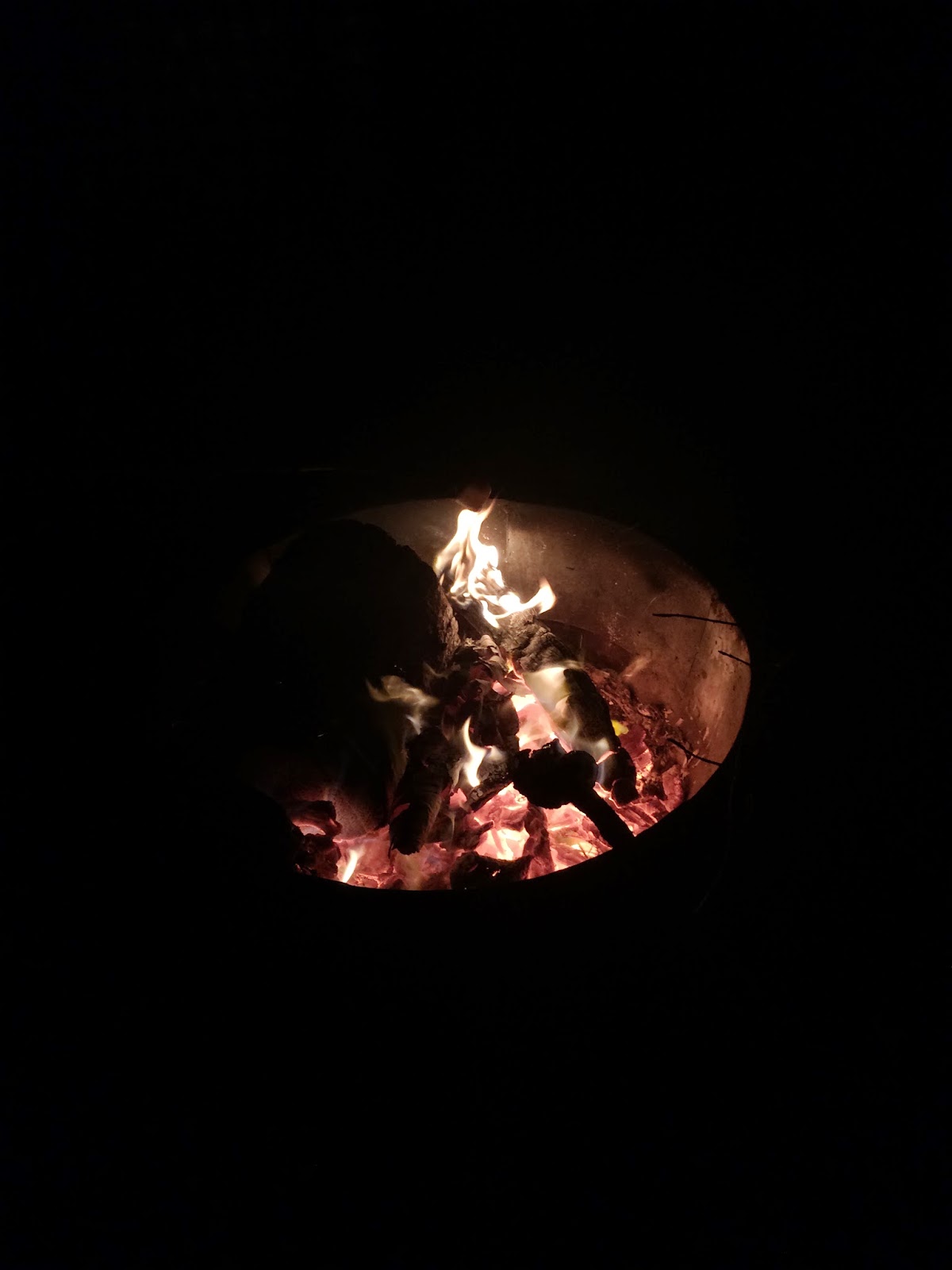 a few were quite crispy. 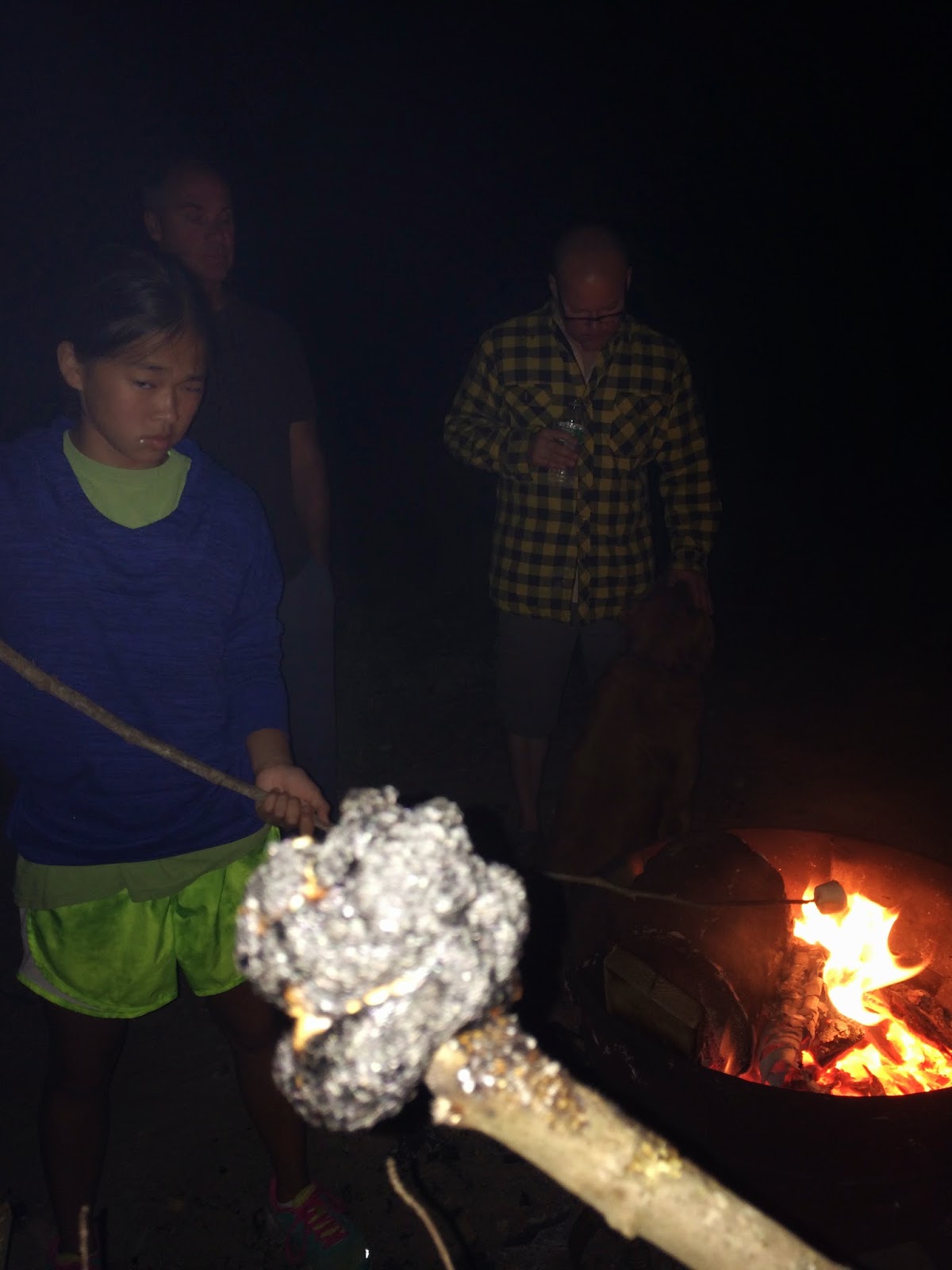 The Hulberts left the next morning and Andy put us back to work. I weed wacked the hill, it looks fabulous! 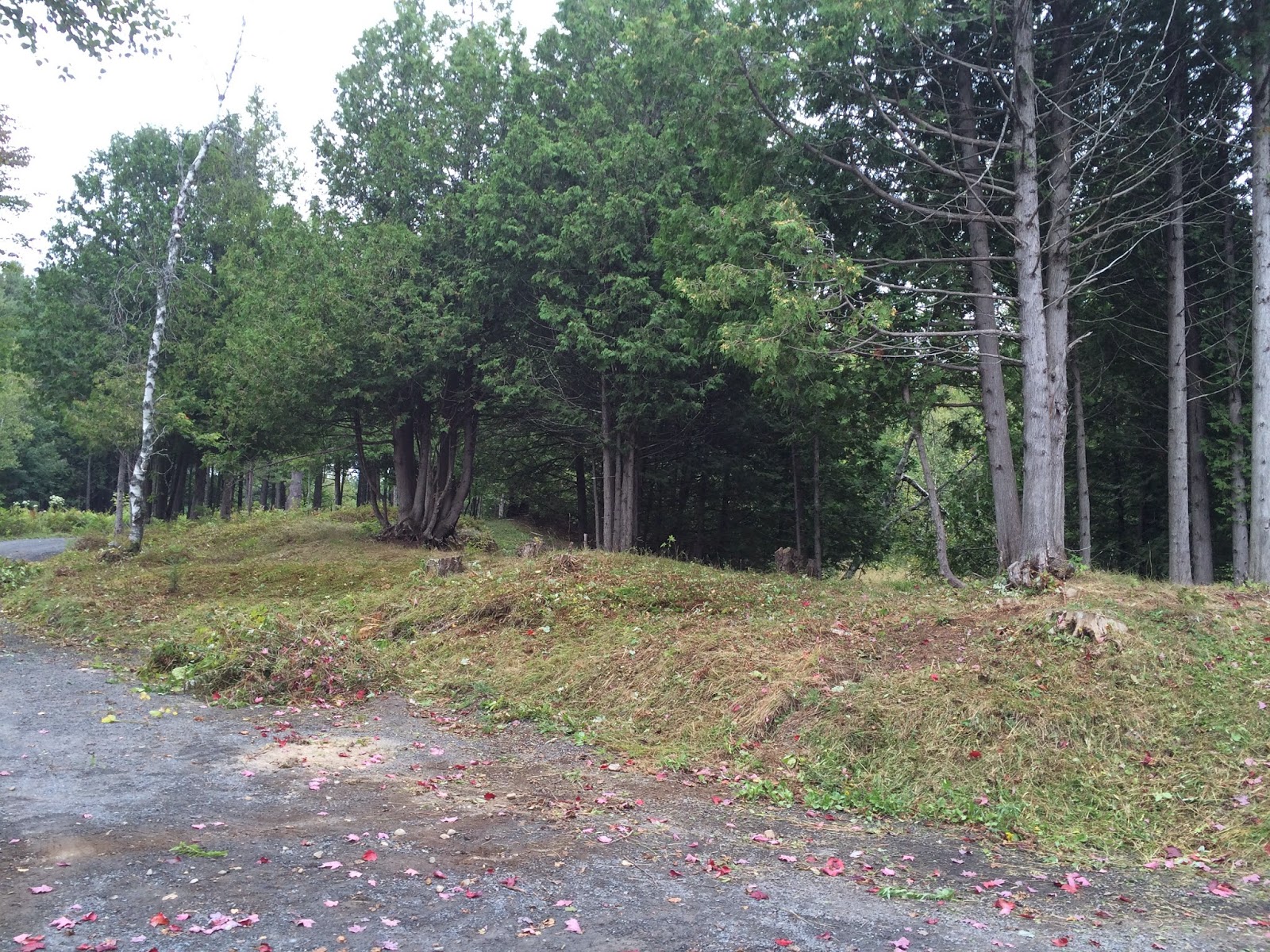 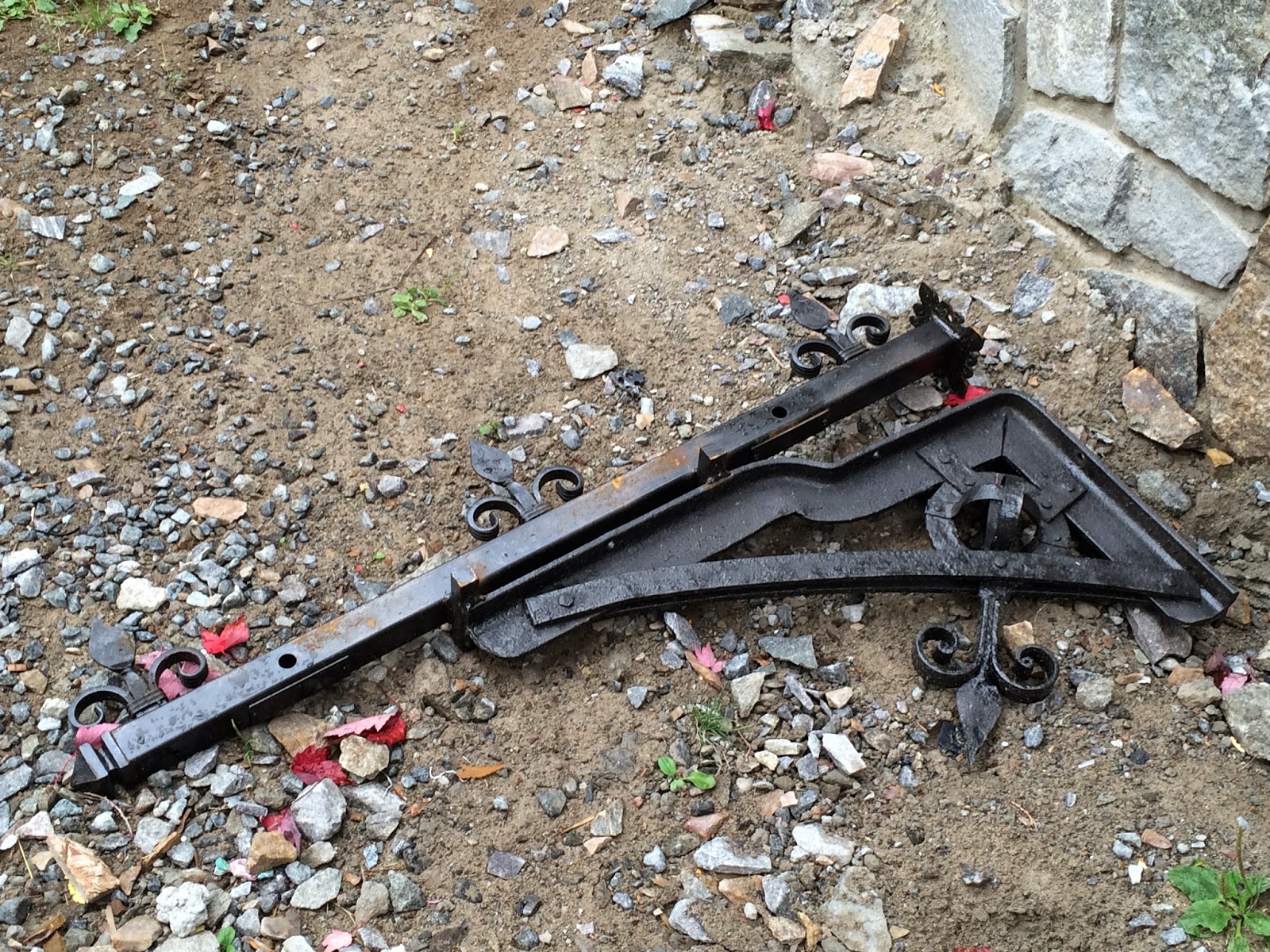 right here where wood piece is 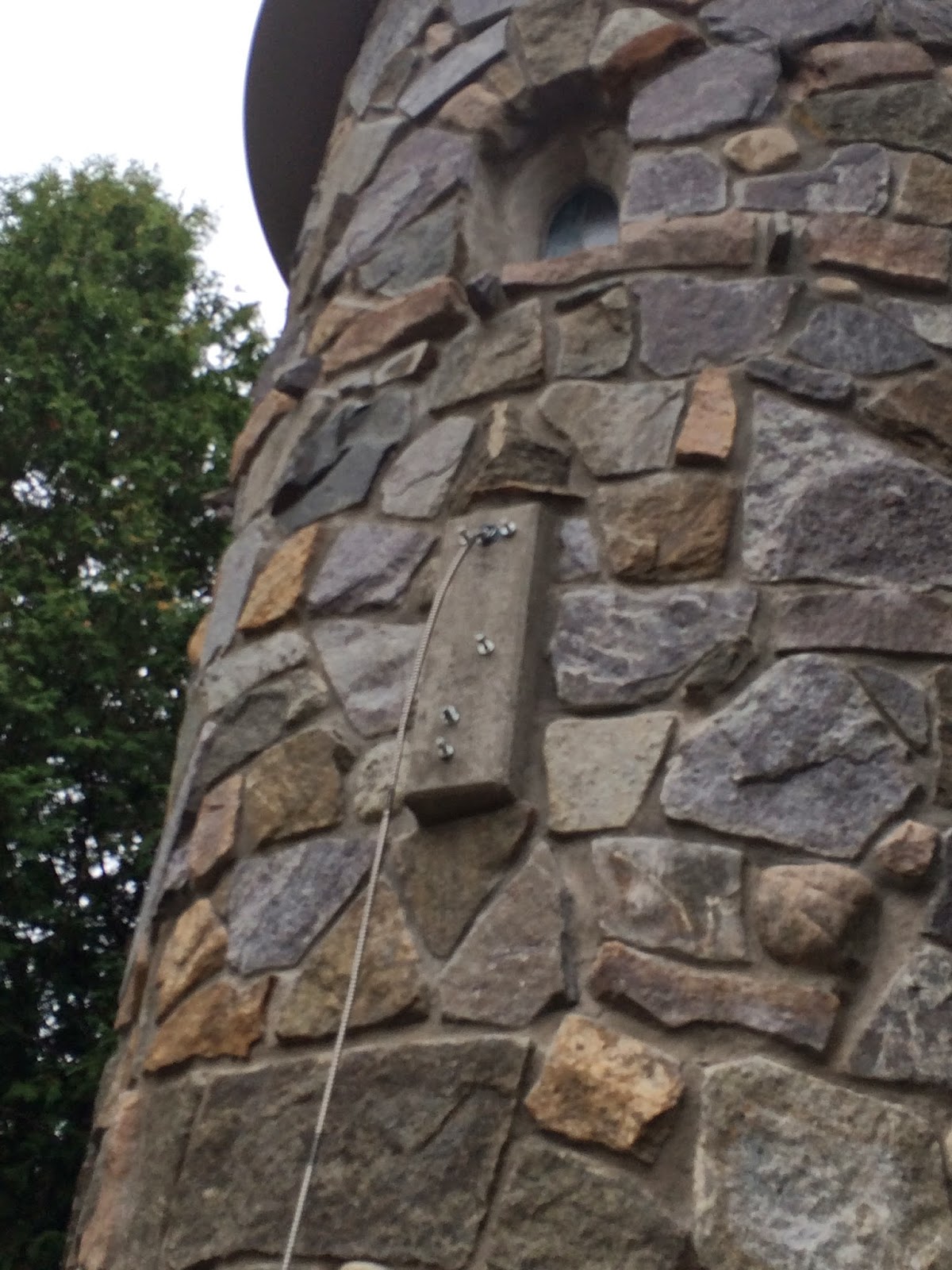 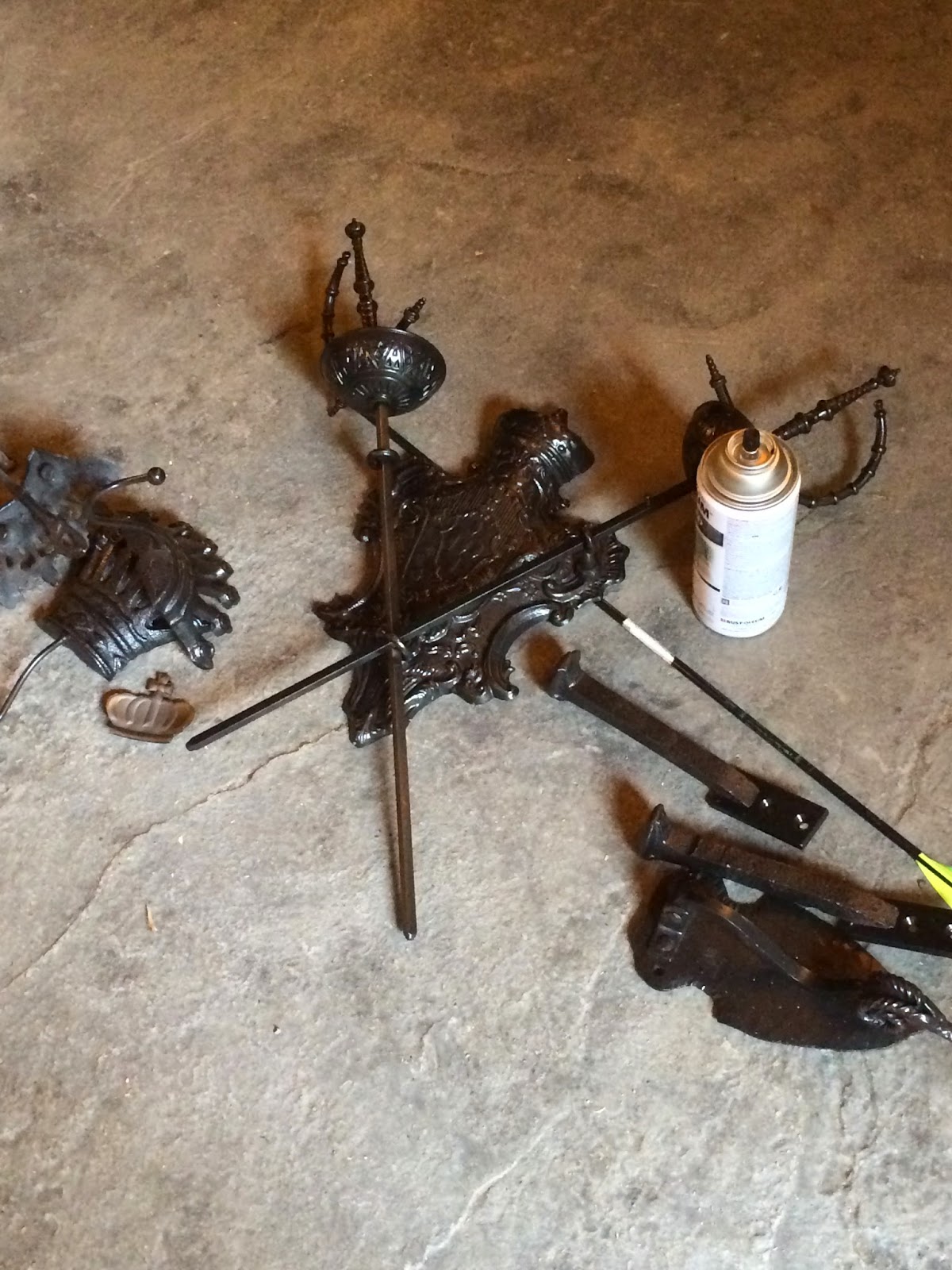 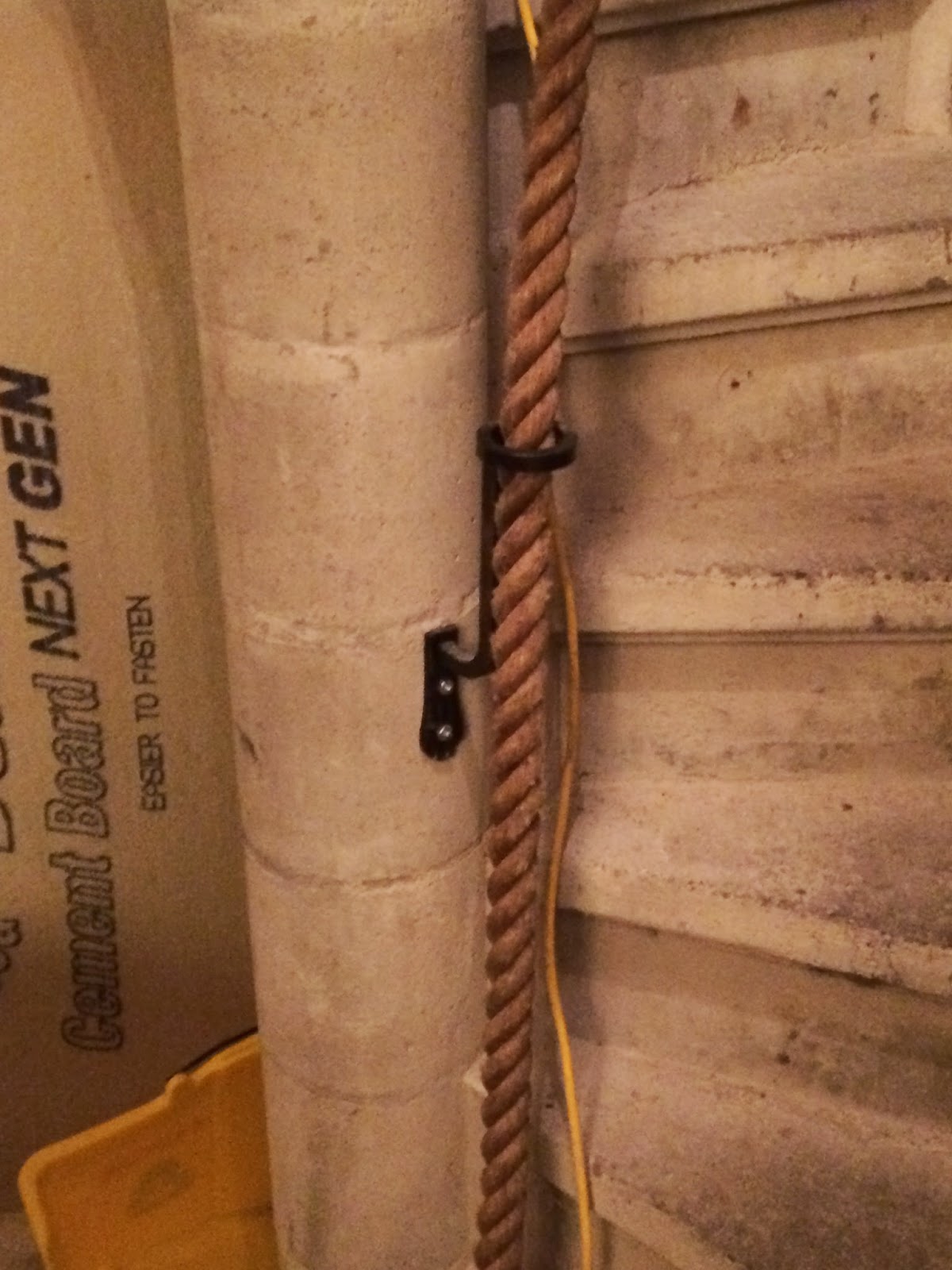 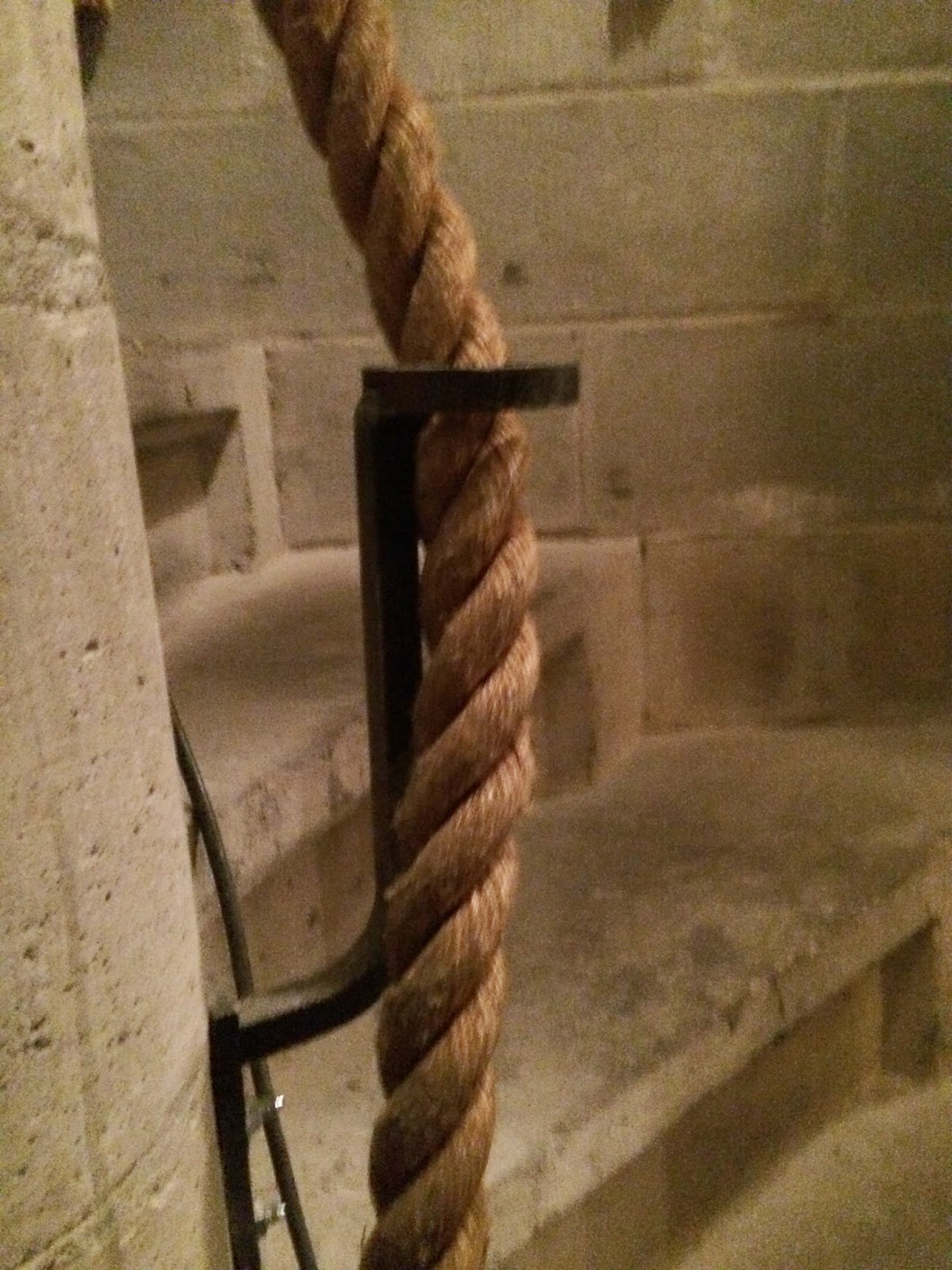 So, we got a few things done and we had some fun, I hope we keep that balance up!
Happy Labor Day Weekend, a week late, and Happy Fall, the leaves are turning already at the castle.


Posted by Sherie & Andy Ramsgard at 8:45 PM No comments: